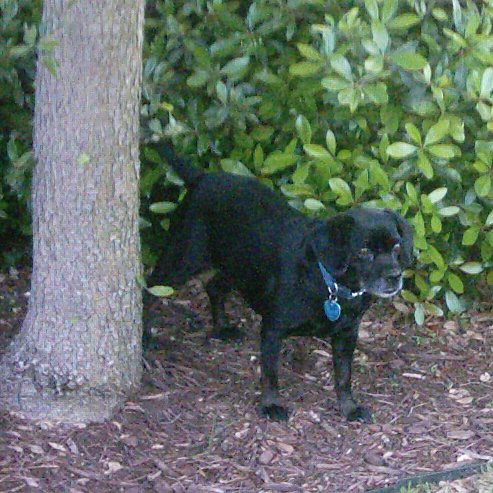 I'm sitting at my computer listening to Little Lifer Radio on last.fm, where a Russian band called Zemskov and the Morons just played a fun up-tempo song modeled on mid-era Roxy Music. I had a pretty good day, because the little ginger pig at the Mexican supermarket proved entirely congenial to my wants and needs.

I drive by things and think "that would make a photograph", which is a bit like Charles Ryder in "Brideshead Revisited", in that "removed from things as if viewing them from afar". Yet so many things are things one experiences at a remove, like watching Sir Mick Jagger
hold forth on the television program larry king live.

Yet all these narratives, at distant remove, help make life a little richer. I like stories like the one in which Bryan Ferry, a miner's son graduated with a lower 2nd from art school, auditions for Fripp and Sinfield to be in King Crimson.

I like, too, that so much of life is not lived at distant remove--like spending time in the back yard with our dog Beatrice, or having a cheese sandwich (straight from the George Foreman grill) as my wife and I watch the sitcom "Modern Family" or writing this entry as last.fm plays music by a home recordist from Manchester in the UK whose electronica brings me joy.