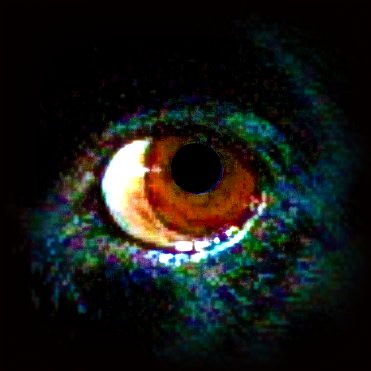 Last night I flew home from a whirlwind business trip to San Francisco. I continue to read Ted Morgan's "Reds--A history of McCarthy-ism in 20th Century America". It's an interesting read, though it tackles a swath of material quite hard to combine into one tome. I had known a great deal of the information in the book in broad outline, but the journalist/narrative approach of the work tied down a lot of issues for me, at least sufficiently to stimulate me to read further.

I thought about how naive thinking--on all sides of these issues--decreased the peace and increased the danger from these troubling times.

The thing that interests me also is that the way the book supports one of my basic theses in life--that a lot of human error comes when folks are promoted past their competence. Had Senator McCarthy, for example, remained a small-town Wisconsin trial judge,then perhaps his time would have been spent more productively for society.

I also thought a lot about people who jump on bandwagons. The sweeping wave of sympathy for the Communist Party in the 1920s and 1930s, even when the horrors of Stalin-ism became apparent, appalls me. The wave of hysteria which fueled the Red Scare of the 1950s similarly appalls. The net result of the latter--the wrong measures adopted in the wrong way after the problem in issue had largely diminished--is a lesson still learnable today.

Until the Berlin Wall fell, a certain chic attached to certain allegedly "radical' ideas among some academics even in my own college years. Although social democracy works very well in many places, we've not really had a social democracy movement in this country so much as a lot of misplaced rhetoric for unworkable, less democratic schemes. On the other hand, the anti-democratic forces of conspiracy theorists on the right make very vocal displays these days. Today I marvel at the misguided actor Kirk Cameron, who apparently wants to repeal the laws of science with an anti-evolution screed which tries to link Darwinism with fascism. This kind of display causes me disquiet--it is part of the new McCarthy-ism of our day.

I find myself realizing that my own level of competence is best served by jumping on the bandwagon for kindness, rather than radical conduct of either stripe.

Today after a morning of rest and hobby stuff, I took our dogs for a late morning park walk. The temperature was mild (for Texas) but the humidity caused our dogs to have to take frequent rest breaks.
Still, they enjoyed the walk quite well.

I ate a pulled pork bbq sandwich at Barbecuties for lunch. I like the "sweet" BBQ sauce there, although on paper i prefer "hot" to "sweet".

I had originally been planning to take the train today to hear a free performance by a concert pianist in the Dallas Public Library at 3, but I decided to do mandatory continuing legal education on-line instead. I listened to a very good seminar about covenants not to compete, trade secrets and related business torts.

I also watched part of the Arkansas Razorbacks football game, which proved tragic, and lovely skippers, hairstreak, sulphur, paintd lady, and cabbage butterflies, which proved lovely. Our pomegranite tree is in fruit. Our hibiscus is in flower.

Late this afternoon my wife returned from the annual national association of investors local convention. We went to Rockfish Grill in McKinney, ate grilled fish, and returned home for a quiet evening.