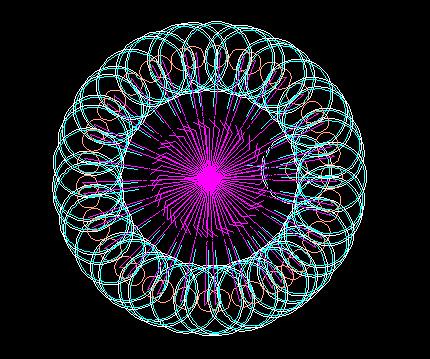 I'm on the road this week for a business trip. Conference rooms and courtrooms look nearly the same wherever I go, and yet I love these rooms nearly wherever I am.

Tonight I had a curious experience. After my day ended, I headed back to my hotel and changed from my suit into a casual shirt with a Creative Commons logo, blue dockers, walking shoes and a simple ball cap.

I walked in downtown Austin until I came upon a little casual Japanese cafe called Kyoto. I ascended the steps until I came upon the fellow at who seated people, having in the southern fashion, taken off my cap prior to going in. The cafe was hardly busy, and empty, ordinary cafe-style tables abounded.

The fellow seating people said "can I have your name?", and asked me to sit down while a table was readied. Several tables were obviously clean and ready, but for silverware placement. Yet the fellow had me sit down and "wait for a table". I opened my little paperback book and began to read.

After some minutes, while jean-clad diners around me talked and ate, the fellow asked me if I would like to sit at the sushi bar.
I told the fellow I would rather have a table (it's much easier to read, I believe, when one is at a table). Rather than seeing to the matter, he advised me it would be another few minutes.

I landed in that place between boredom and the mildest irritation.
I politely told the fellow I would go elsewhere, and then did. I found an Old Spaghetti Warehouse nearby. These places are franchise chains, granted, but they seated me immediately there and had me served in no time.

I could not help but wonder how much different the reaction might have been if I had had on my business suit and tie at Kyoto. I am reasonably sure I would have been immediately seated. Yet it was puzzling, because the clientele' was dressed casually in the extreme.
Yet it is my observation that in this life people all too often make subtle and non-subtle judgments about people based upon first impressions of superficial things like wealth and perceived power or social status.

It's not that the place was eleganza or high-toned--this would have been a different situation, in which the fellow's manner would have been less objectionable. Rather, I think that it all was an outgrowth of the fellow's conscious or sub-conscious belief that it was okay to neglect a customer because he in essence "could". After all, I was "nobody".

I'd rather not fret about the fellow himself--after all, my inference may not at all have been his intended implication. He might tell the story as being about an unduly impatient diner. I'd rather treat the evening as of metaphorical value.

I'm constantly reminded lately of how much idolatry arises because someone is "rich" or "famous" or "popular". It's more than just the slavish devotion and economic rewards accorded to wizards of Wall Street and politicians in power. It's more even than the adulation given to rock stars or evangelists.

It's rather the way that someone who is "white collar" gets perceived respect in some quarters not accorded to a skilled "blue collar" worker. If a corporate executive negotiates a big salary and bonus, she or he is a financial genius; if she or he belongs to a union, then she or he is deemed "what is wrong with America".

So many pecking orders. A university professor is accorded respect a talented high school teacher is denied. A public servant is somehow dismissed as not doing "real work". Someone who does worthy but un-lucrative work is seen as pursuing an impractical dream, even if he or she pays his or her bills, and in the words of the old Charlie Daniels song "ain't askin' nobody for nothin', if I can't get it on my own".

I'm all for business, and all for striving for excellence. I don't mind earning money, and work to succeed. I like to educate myself, and I like to talk with intelligent people.

But every time I find myself making subtle mental judgments about others based on trivial evidence of immaterial importance,
I will remind myself how much superficial condescension annoys me.