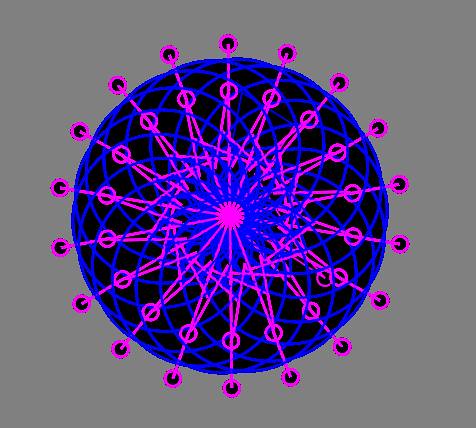 I'm a simple-minded man, really, a man of lots of words, most of them sauntering here and galloping there. I like good books, don't fancy good cigars, and can think no thoughts more profound than, say, the Golden Rule or the Second Law of Thermodynamics.

I'm one of those great sauntering masses of people that one passes everyday, mutating species in the great Galapagos of society. i have my family,and my job, and my hobbies. Most of my values can be expressed in Sesame Street songs. Captain Kangaroo was my Yoda. I am more apt to name Roger Williams as a personal hero than Vin Diesel.

The evening news is full of projectiles being hurled. Last night we watched enrapt the John Adams opera "Dr. Atomic" on television, an amazing piece of work with a wonderful score. The dilemma posed by nuclear weapons is its theme, as told from the vantage of the Manhattan Project. I drifted in thought on the horror of Hiroshima, and the idea that my country used a weapon of mass destruction without a demonstration and a warning (to say the least).

As the news reveals to me one more episode of material excess contributing to the moral and financial ruin of segments of our society, I'm struck by the notion of how much could be avoided if people just cooperated a bit with one another.

It's no simpler, in my mind, than more or less "I wish people could just get along and share". But perhaps it's more than that, if I were more sophisticated about it.
"Love with its unearthly happiness, unmeasured devotion, and limitless pain; all the ecstasy, all the anguish that we extract from the rhythm of life and death. It is much, really, for one little planet to bring to birth.

And presently another music, which some--not many perhaps yet, in comparison with its population--are able to hear.

The music of a more inward life, a sort of fugue in which the eternal and temporal are mingled; and here and there some, already, who respond to it.

Those who hear it would not all agree as to the nature of the melody; but all would agree that it is something different in kind from the rhythm of life and death.

And in their surrender to this--to which, as they feel sure, the physical order too is really keeping time--they taste a larger life; more universal, more divine.