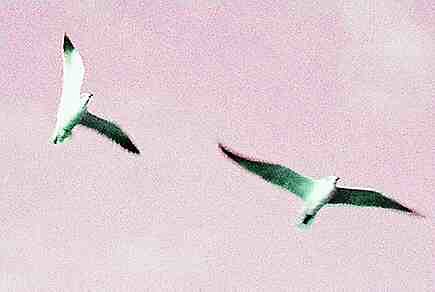 I Filter My Seagulls, originally uploaded by gurdonark.

Inglewood is one of those airport-adjacent suburbs of Los Angeles. It's a town of solid middle-class neighborhoods and of troubled gang-territory-adjacent neighorhoods. It features one of the best Mongolian barbecue places in the city, the Hollywood Park race track,
fish stores emblazoned with the sign "You buy, we fry", and cool little non-chain barbershops which cost very little for a haircut. Inglewood also features Joe, of Morningside Auto.

I met Joe through my wife, who lived in Los Angeles when we met (and I lived in Texas, see also "airplane romance"). She had had a little Honda Civic, the kind that clowns squeeze out of in circuses when the King Midget cars prove too large.

Joe is the old-fashioned kind of expert skilled craftsman--the kind that thinks of his customer first. He nursed that Honda through two engines and numerous repairs. He kept his charges reasonable, and always tried to figure out ways to keep safety and reliability up with repair costs down.

I liked Joe, because Joe had almost no swagger about him, but also no reluctance to say what he thought. His shop, in an imperfect area on Hawthorne Boulevard, was nothing fancy, but Joe had a devoted clientele. They came to Joe for the simplest reason--Joe watched out for their cars, treated them fairly, and tried to save his clients money.

Joe's way was quiet, not over-wordy. He was of the same mold that St. Francis of Assisi meant when St. Frances implored people to preach always---but use words only if you have to do so.

Joe chose his words carefully, just as he repaired cars carefully. Cars were ready when he said they were ready. He never tried to "uptick" the charges--indeed, he would try to hold the costs below the estiimate. At the same time, there was none of that chicken-wire-and-hope avoidance of needed repairs in an effort to curry short-term favor by masking needed repair work.

My wife's car was out of sorts tonight, with a belt fraying we'll have to have fixed. Getting her little Carolla ready to limp home reminded me of how I miss Joe at Morningside Auto.

I think that among the things for which I am thankful, I am beginning to list a lot of people about whom I once barely gave a second thought. There was the man at the JC Penney store in los Angeles who fitted me in suited separates suitable for an arbitration the next day, when the airline lost the bag with my suit. There's the staff at the local Escape Coffee House, who make me feel special even when I am ordering merely a single cinnamon roll. The manager at the local Boston Market always calls me by name, as do the folks at Rowlett's Firehouse Subs.

I work in a profession which glorifies (and is itself glorified) customer service. I know how hard ti can be to deal with demanding people and agendae of all kinds. I have come to learn not only how to keep a scorecard, but also how to put the scorecard to one's forehead, and foretell the future like the amazing Kreskin. I know how hard it is to be a Joe at Morningside Auto.

So I'll pause tonight, like a seagull hovering in a warm Spring wind, and say "thanks, Joe", and live in the reverie of a mechanic who kept his word.