Love in a Time of Rains 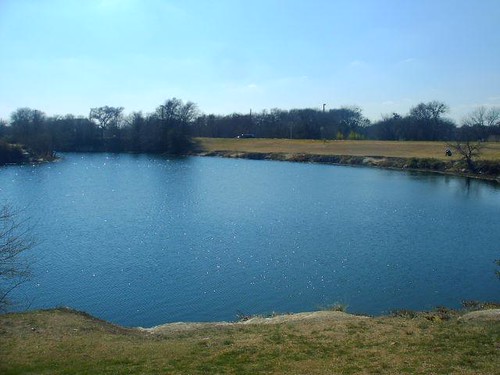 " The King of Beasts shouldn't be a coward,"
said the Scarecrow.
"I know it," returned the Lion, wiping a tear from his eye
with the tip of his tail. "It is my great sorrow, and makes my
life very unhappy. But whenever there is danger, my heart begins
to beat fast."
"Perhaps you have heart disease," said the Tin Woodman.
"It may be," said the Lion.

"If you have," continued the Tin Woodman, "you ought to be glad,
for it proves you have a heart. For my part, I have no heart; so I
cannot have heart disease."

"Perhaps," said the Lion thoughtfully, "if I had no heart I should
not be a coward."


--from "The Wonderful Wizard of Oz", by L. Frank Baum, in the public domain.

I know that I am supposed to tell you about the sunrise service at Bethany Lakes Park. I could tell you about the hymns, and the horse blanket and the oatmeal thereafter. I could regale you with tales of ham and blackberries consumed,and of Kate Beckinsale's Emma savored. I could tell you how a creative project has all come together after months of work in a single day--and how the credit all goes to a book by Beatrix Potter.

I tell you instead, though, about small flowers in a faultline
park.

I like the way that people in fantasy books hear the call of the sea-mariners and Tolkien elves, beguiled and bewitched. I myself love the ocean, but my calls are otherwise directed.

I cannot quite say that I hear the call of the prairie, though I have stood at a poppy preserve after the time of blooms,when the grasses
stand tall and green in their brief interval before the dormant season brown to which they are called I have seen this sea of grass, a waving siren call, as appealing to a hiker as a honeycomb to a dancing bee.

Yet I find that I am a creature of inland spaces. I love deep and forgotten woods. love places of solitude where empty flatlands compete with big skies. I saw my first bluebonnets on Saturday, which reminded me of the way my part of the world will soon be a sea of wildflowers.

They say in Texas we have more kinds of flowers and birds than many places, perhaps in consolation for a shortage of trees and verdant mountains. We begin now the phase in which the winter-yellowed grasses give way to an explosion in orange, red and blue.

Vasquez Rocks sits fifty miles inland of the southern California ocean. It's a curious county park which is crossed by a faultline.
The earth moves Vasquez Rocks more surely than a soul song,
and its arid buttes and valleys are crossed with telltale hearts of seismic activity. Vasquez Rocks is red boulders and stark scenery.

You don't see any marine mammals in Vasquez Rocks. On a burning hot August day, the air smells like creosote, courtesy of a creosote bush. Rather like an imprudent politican, the creosote
bush possesses a desperation to share its seed so great that it will make itself more amenable to firestorm in order to satisfy its needs.
The perfume of desire smells a bit petroleum-based in this instance, without the tinny aftertaste of the teen using a discount store imitation of My Sin.

"Average rainfall" is one of those absurdly meaningless statistics in inland southern Calfornia, because the entire ecology is built upon
annual variation. One year, a desert-like 9 inches may fall. Another year, 40 inches may fall. South sea tides control these matters, making the news in Micronesia more relevant to weather prediction than the elegantly coiffed morning weatherman.

The term "el nino" entered the national consciousness a few years back, to describe the oceanic conditions which give rise to intense rains, as contrasted with the more dry la nina.

During our Los Angeles County sojourn, we lived through more drought than rain. I have seen Lake Piru burn, each bush less a prophecy than a kind of ecologic ennui.

In this mix, Vasquez Rocks is usually dependably rocky and scrub-brush-bound. Vasquez Rocks can be hot when other places are chilly, and as scorching as Arabia when the beach is soothing as Cannes.

Yet one El Nino winter day I found a series of tiny miracles in the remote back section of Vasquez Rocks. I don't mean the kind of miracle that people think they need to debate, not realizing that miracles are old technology. I am rarely worried about messiahs in taco shells or intricacies of theological textual divination.

I mean instead the kind of miracle that takes one's breath away.
One day, I found a yellow carpet of tiny flowers lining a huge section of Vasquez Rocks park. Each flower was unremarkable--no bigger than a thumbtack. The total number of flowers was also in all probability unremarkable--square yards rather than hectares. I don't claim that these flowers are more wonderful than the cosmos that come from the grocery store and enliven a front yard dig-space.
They weren't that kind of miracle at all.

I'd like you to imagine, if you'd do me the courtesy, coming to see a place as earth hues and deep tones. Inhale an arid, burnt-out semi-desert, an outback of the inner life.

Then imagine it is January,
and the rains have come
and you are in love with flowers
two inches high.

Then imagine your love stretches past thousands and thousands of flower, and spills onto the 5 Freeway, and down the Foothill Freeway, well up from the Ronald Reagan Freeway. Imagine that your love
passes the bobcat ducking for cover near Tujunga Wash, and carpet bombs the roadways like so many yellow-invasive mustard plants.

unless you used a single word.

Unless you used a term and left it at that--
stripped down from the excessive religiosity that substittutes for faith (and skepticism) these days.

Unless you called it renewal--

and felt, but did not express, a wild and fervent hopefulness,
and instead of saying anything out loud, you walked amid tiny yellow flowers, and stared across the horizon.