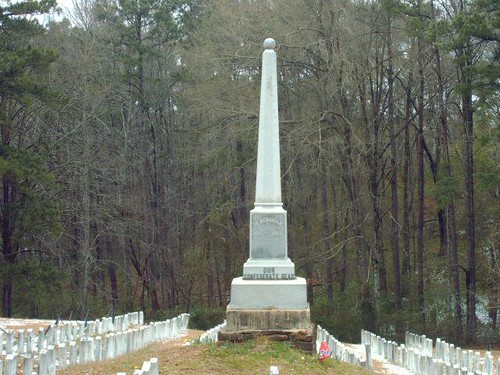 Monument to Folly and unknown soldiers, originally uploaded by gurdonark.

The news lives and breathes the news of the extraordinary folly of the Democratic governor of New York, who, after a highly respected career as a prosecutor and attorney general, managed this week to
get caught up in a scandal involving a call girl service. The whole story sounds so very old-fashioned to me, except that it hit home that Mr. Spitzer is my senior by only two months and not twenty years. The whole thing seems so very 1956, but Mr. Spitzer and I were not born until 1959. Scandal, like Cuban cigars, remains a contraband import surprisingly easy to obtain. I hope his resignation arrives swiftly, and that his wife and teenage daughters endure this trial admirably. I hope that Mr. Spitzer makes a positive difference upon his return to the private sector--and that he gets the greatest gift of all: an education sufficient to cause change. LIfe is such a difficult thing, and people do take their own winding pathways. I hope that Mr. Spitzer, who might yet do some good in the world back in private life, will not follow the example of Senator Larry Craig.

I remain intrigued that the Democratic primaries will all but guarantee a dead heat requiring a deadlock to be broken by the party super-delegates, and yet the cable news shows continue to burble on.

I saw a beginner orchestra play Mozart's "Happy Dance" tonight. This afternoon I read the appellate opinion of the case argued just before our case last week, which came out just as I expected it would come out. Last night I put together an ambient piece using only a Frenchwoman's vocal sample to create the drones. Tomorrow I am scheduled to fly west to Sacramento, absent word from the court.