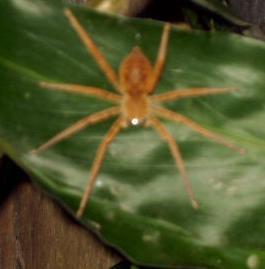 A dear friend got a plant-closing notice the other day. In an earlier time, the notion of a position closing out would be devastating for one of middle age. Those times have changed, as certain forms of age discrimination have been consumed by the economy's demand for workers to work the work. Still, each job dislocation can mean different things for different people. For some, it means an unplanned career change. For others, it means just a shifting and a changing. In so many ways careers are now portable--they are carried on one's back rather than rooted at one's employer's physicla location.

My theory is that we have been in recession for some time, but have not realized it for two reasons--(1) undue optimism in the financial markets, buoyed by artificial pricing of sub-prime-backed securities, created an "optimism bubble" and (2) the investment community focus has been on short-term securities market gains, and not upon the real issue, declining real wealth for most ordinary folks.

Recession is often discussed as if it were an avoidable thing, but recessions are inevitable from time to time. It's been amusing to see that only monetary policy makes much difference in the shorter runs to overall economic policy. Stimulus packages, like stereotypical Dutch girls, are more about fingers in dams than damning the torpedoes and sending the economy full speed ahead.

As Super Tuesday approaches, I grow concerned that sustainability is not being discussed as the real issue. How can we sustain our infrastructure in an era when so many entitlements are going to be not only necessary but useful in light of an aging population? How can we continue to operate a consumer economy essential to the world yet realign to ecological sustainability? How can a sufficient balance be found among competing political ideas to create a world sustained on less violence?

Here in Texas, the presidential nominee election season is usually over before our primary occurs. This year, barring a surprise on Super Tuesday, the Democratic race will be sufficiently undecided to make Texas a key state. It will be interesting to see if this occurs.

I do not believe that the Republican race will still be undecided then--but if it is, then it will be interesting to see how people barnstorm from El Paso to Texarkana.

I think I'd chosen for whom I will vote during our primary in early March. Yet in some ways my truest hopes lie less with politicans of any stripe, and more with the chances for a changing way of looking at consumption and the changes in perspective and sustainability that will set us on a path for change no sound byte can capture.