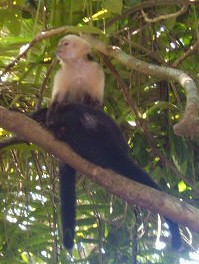 I suffer (and benefit) from a number of self-imposed repetitions. One of them is the reading (and re-reading) of novels that might be termed intelligent magazine fiction. During today's plane ride I read once more a book I have read periodically since I was but a lad--James Hliton's "Lost Horizon".

This novel, both overtly cinematic and thus far resolutely non-filmable (thought Frank Capra gave it a good try), contributed the term "Shangri-la" to the popular vocabulary and has run through dozens of printings. Today I was struck by the way it patiently sets the protagonist's dilemma, then runs through climax and denouemont
like a racehorse. Mr. Hilton's modest aim is to raise a series of speculative questions, and then leave the reader hovering instead in a series of unresolved plot threads. It's a pleasant diversion, wood elf rather than high elf, and yet it's more than enough to get me thinking. When I think, I invariably think of the narrative richness of everyday life.

This week we met a fellow with whom I spent time just after his long-term relationship with the mother of his child broke up. We spoke with a woman who told us of how she lost her faith in God influenced in substantial part because she lost close friends to a terrorist attack back in Israel. We heard a brief narrative of how another woman was fulfilled to find that she had influenced her step-children to see the value of education and a sense of wonder in the things around them.
We heard tales of minor valor, such as the husband who volunteered to stay home with the children so that his wife could accompany her elderly mother on a trip to the rainforest. We heard curious stories, such as the person who "hired" a small boa to deal wtih the eternal problem of rodents in the cupboard.

A bassist told us of his Americana music band in Pittsburgh, enjoying small sucesses with a first CD, singing songs of lost hope and failed romance. A Brazilian man whose cute little boys were ogling wildlife through a spotting scope explained to us that the Portugese word for sloth means "lazy". A man thought he heard a puma growl near his afternoon hike. The great kiskadee, a tropical bird I had previously seen in south Texas in a border national wildlife preserve, stood on a palm tree, with the Pacific Ocean roaring in the background.

Costa Rica has a way of capturing biologists and ecologists, who fall in love with the jungle or with a significant other (or, usually, both), and become guides or lodge managers or even the "bug lady".

Our "bug lady", a charming young woman with a passionate love for entomology, spent one evening from 8 to 10 p.m. showing us frogs, snakes, spiders and sleeping hummingbirds. Her stories, told with ghost-tale fervency, featured a Gorey-like pre-occupation with curiously fatal beetle bites and cute furry caterpillars with hidden poison barbs. I have rarely been so charmed by so much energetic
reference to dismaying misfortune. I am a fervent believer myself in the power of a web-spun narrative.

I take from my week a renewal of a narrative theme of my life.
We live in a sea of narrative, in Rhys' sargasso. We create and live within stories all around us. If, as a podcast I heard today suggests, we have the flaw of not realizing our own mistaken choices, then we also have the virtue of trying to piece our stories together.

This week the Otter Twin propellor airplane in which we rode to the riny jungle airstrip had to pull up and make a second pass, after the first landing did not "feel right" to the pilot. We floated over open water, and watched again as we glided among the mountains. Our plane had touched down, and a driver picked up passengers for the dirt road trip to Drake's Bay. It turned out that the the cute teenage girl who rode with us was the shuttle driver's 17-year-old daughter, back from school in San Jose. My wife asked her if she had flown that fligh before. "Many times", the girl replied,and then went on to explain that it still makes her nervous each time she lands.

I don't have much fear of flying, and I don't want to acquire a new set of fears or timidities. I like that idea, though, of being alive to narrative, each time it lands. I don't need to travel to realize this,but sometimes the quick-snap microcosms of travel helps me to remember to listen to--and live witihn--the story all aorund me.