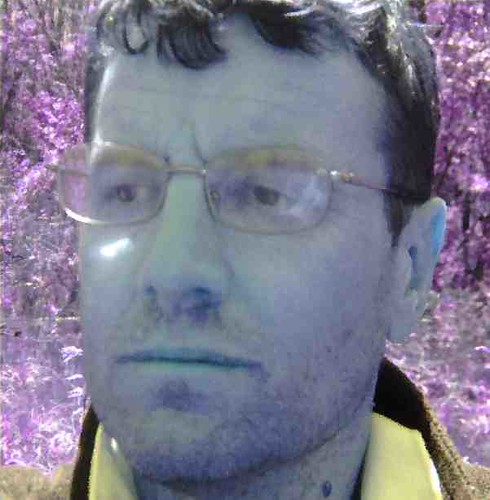 Today I realized that this month will mark 9 years that I have been an eBay member. This is longer than the length of time I dated the first girl I ever dated, which relationship took place in dribs and drabs from the time I was 17 until the time I was, let's see, 1982ish, which was less than six years later.

I was younger then than I am now, when this year will mark a wedding anniversary that is double the number of years I have been on eBay.

This is an era of milestones. Last year was my 30th year since I graduated high school, and the absence of any reunion invitations probably reminds me more than anything that my mother passed away almost three years ago, because had she been alive, someone would have called her and she'd have let me know.

It's also 8 years since I published my little booklet of chess poems,
a healthy experience in self-directed fun. I have not ebayed a copy in years, but I should.

It's been 26 years since the Summer evening in which I spent a very late evening rather chastely necking a Canadian girl who was the room-mate of the woman who would become a friend of mine's second wife. She and I had one of those instant connections you get with people that you realize are somehow kindred with you, even if you're never sure why and it's just a surge of static electricity and speaking in low, familiar tones and just dropping the pretenses, if only for a moment. I wonder about her--I'll never know what became of her. She's a memory, not a longing.

For that matter, this year will be 30 years since I spent a Summer working in an industrial plant located in the rolling south Arkansas hills, where old wartime-era quonset huts buried under earthen mounds held secrets of security and industry nobody could unravel for sure. I have a deep love for that long-departed Summer job which has as much tang as the tingle of a tongue mid-kiss. I perhaps worked there for some 10 to 12 weeks, and yet I can tell 100 anecdotes.

They say that you need to live a long while to write your novel, but so many times your novel springs at you from the get-go, like James' Beast in the Jungle inverted, and all you can do is wish you had a podcast to tell it to someone. "Rawr", you say, purring as you strike out at mice and people who love other people, "rawr".

It's 5 years since I wrote a nanowrimo novel. It's 30 years since I spent Christmas holdays planting pine trees and drinking hot cocoa from a Thermos. It's 32 years since I spent another Christmas with a TV repairmen near Mustin Lake, sawing branches off a tree 50 feet in the air from a precarious ladder, so that an old-technology thing called a TV antenna could be installed.

It's been 22 years since I tried my first lawsuit. It's been 7 years + since I took (and passed) the patent bar. It's been nearly 24 years since I first took the Texas bar examination. It's been 35 years since I looked at moon craters in my first telescope. It's been 40 years since I won 5 dollars from a Little Rock newspaper for writing the winning caption to a cartoon "what's my line". My first poem in a literary magazine was published 25 years ago. It's been at least two years since my most recent poem publication.

Tonight I heard talking heads on television excuse corporate greed and government neglect. It's been 33 years since Nixon resigned, 27 years since a nutty guy shot John Lennon, 37 years since the moon walk.

Things I think of as yesterday now are decades old. Choices made, things done, things undone. The sound of birds singing on the Pines trail in the Angeles National Forest, 8 years ago. the aquarium
in Mrs. Welch's 7th grade class--all guppies and a few white cloud mountain fish, the beginning of my love affair with feeder guppies.

Love affairs, these memories. The world never loves you back as much as you love your memories of living in the world. But that's okay. That's your job. Your job is to love the life you were blessed enough to have, and to let that love linger and carry you into latter days.