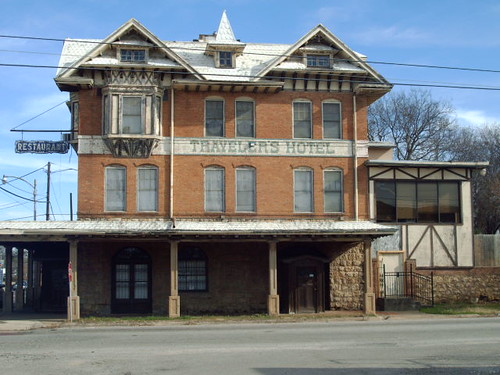 
We went to Sunday school and church yesterday. One of the Sunday school fellows runs an impressive operation called Send Hope, which runs a little school in an impoverished part of Honduras. He manned a little stand when one first entered the building, with doughnuts on sale for seventy five cents each. During class, someone figured out that each box sold netted three dollars and six cents after expenses. I wondered if it made sense to go to such much trouble for so little return, but it's really beyond my wonderings, as wiser minds than mine decide to take the trouble.

Our Sunday school class is having a belated holiday part on the 19th. Each attendee is supposed to bring an under-10-dollars gift. I went on eBay and found the self-representing artist auction section. I found a primitive painting of an angel on sale. I brought it home in a successful auction, with shipping and handling, for 10 dollars and2 cents. The artist turned out to live less than ten miles away. I know this will not have the same cachet as a mackerel singing Leonard Cohen songs, but I am glad to have such a cool gift, albeit the angel looks slightly less than hallelujah but rather looks as if she has faced trials and tribulations, perhaps with a two year old child.

I drove to Weight Watchers yesterday. The first Sunday of the year always features banner attendance, with lots of new members there to remedy all the things that proved irremediable during the preceding 12 months. It's like a New Year's resolution made flesh.
I have been going to Weight Watchers for 30 monhts now. The really nice woman who helps with the initial weigh-in told me that she remembered my first visit, and she was certain I would not come back.

I was a tad frustrated because I had gained eight tenths of a pound, despite living a life of incomparable beauty and virtue. I am up to 216 pounds, which is 6 pounds more than my 210 target. I am bored of
hovering just above or just below 210, so I have made it my resolution to lose weight down to 204 this year, and on down to 200 even or less by the middle of next year. I believe the key for me is not so much dietary choices as increased exercise.

Last May I made a kind of resolution to reduce the mileage on my car as a step into greenery. I wondered, yesterday, how I was doing, especially since I took a drive yesterday. I noticed, though, that I'm really doing very well on the odometer thus far. I have a long-ish commute, but I have cut my non-commute weekend driving overall.
I made it a resolution to continue finding local fun things to do.

I visited CompUSA yresterday,which is having its going-out-iof-business sale. Its going-out-of-business-sale thus far features prices that in the main are either greater than or equal to post-holiday sales at other stores. I almost bought Magix Audio Studio 12, as I would like to upgrade, but I decided to hold off.

I watched a rerun of the Republican debate last night. It was an interesting show. Yesterday I wrote part of a long post about how even though I like my fellow Arkansan Mike Huckabee well enough in the "would share a 75 cent doughnut with him if I met him" sense,
a simple trip to his website for his positions is an easy way to convince most people not to vote for him. But I decided that this would be preaching to the choir, and thus I limited my mention to this paragraph.

I worked on a remix in which I put my favorite astronomy podcast over a nifty little melody I wrote. It's sounding really good now, and I'm happy with it.

This will be a busy week, but busy is not a bad thing. I look forward to it.