The Brrr-Cold Wonder of Everything 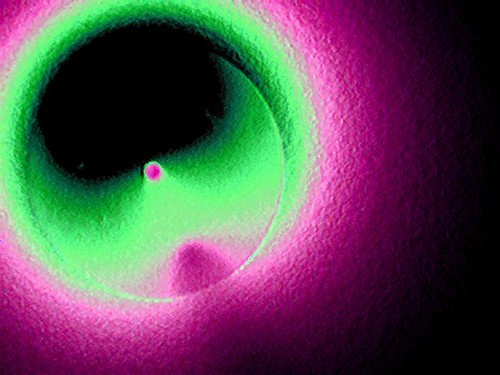 Yesterday I went for a walk after lunch at the little pond park in Rowlett near the sandwich emporium at which I dined. The sun was out, making my car toasty-warm. The weather outside was cold, though, such that my green fleece and gloves provided insufficient insulation against the chill. I stopped at the part of the trail that runs by a goodish-sized creek and listened. Birdsong from songbirds who apparently choose not to migrate sounded in the crisp air, as if we all lived in one of those twee 1920s novels about how there will always be an England, no matter what they say.

We watched Law and Order last night, which was like the joyous return of a relative who was not so much prodigal as over-worked. The new cast members and interesting plots were like a warm oasis in the cold writer's strike climate. I meant to watch the
late-night talk shows to see how they fared without writers, but fell asleep too quickly.

I hope that the studios give ground, give the writers a reasonable formula for compensation as to 'net and other new technology delivery methods, and keep television from becoming "Deal or No Deal". In the interim, I vote for more new episodes of L & O, reruns of the Andy Griffth Show, The Twilight Zone and The Waltons.

We watched a PBS episode of a new series called "Pioneers of Television". It had interesting spots on the Honeymooners, the Dick Van Dyke Show, the Andy Grifftih Show, Lucille Ball's shows, and the Danny Thomas Show. I only learned a bit that I did not know already, but it was entertaining to hear it all fleshed out a bit.

I am having a good time with "on demand" audio programs on my mp3 player. Lately I've enjoyed a wonderful reading of F. Scott Fitzgerald's "The Lees of Happiness", a story about a couple in Manitoba who tried the "100 mile diet" concept of eating local food (report from the front--soy butter is just not the same as peanut butter), a children's story from August House read by a reader at the Denver Public Library, an article about green-collar jobs, and a great discussion by a 33 year old Harvard wunderkind scientist about how he and others go about discovering extra-solar planets. He said the current count is up to 250. It's only a fact and an abstraction for me--but I am deeply excited to live in a time when we finally begin discovering other planets. I wish we could restore peace and solve hunger so that we could focus on a great quest like space exploration or finding intelligent life in the ocean depths.