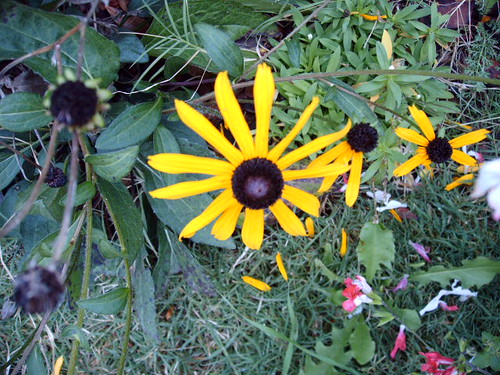 
We landed in Little Rock Thursday evening after a one-hour flight.
During our drive to the hotel, we sought out dinner. I have a internal directional compass for Little Rock, considering I have not lived here in 23 years. We happened upon a small, cozy establishment off Rodney Parham Road called 1620 Restaurant.
1620 featured a menu which was filled with a fascinating combination of adventurous cuisine and comfort food, often in the same entree'. I had a grilled mahi manhi which was accompanied by an unexpected shredded pork accompaniment. My wife's yellowfin, meanwhile, was of near-sushi rareness, but accompanied by a pepper crust that was heavenly. The chef came out and introduced himself to us, and we were able to express our appreciation for such an interesting meal directly. I later read how the chef's mother, the owner, had cut her teeth at Jacques & Susann's one of Little Rock's late lamented fine dining experiences,
and then been a chef at Caisse Croute, a French restaurant at which I dined in 1983, where I literally spent my every dollar in my pocket for a meal heavy on escargot that was perhaps my first "real" French dinner.

We spent Thursday night at the Baptist Suites Hotel, a sturdy, reasonably priced and comfortable place for people who are there to be with family members in the hospital.

Friday morning we had breakfast, and then headed over with my father's wife and my father for his medical procedure. They checked him in at 10 a.m. for a 12:30 procedure. This particular procedure was being done with something called a Da Vinci robotic apparatus,
so that the whole affair had a science fiction feel about it.

We sat in a huge waiting area with sofa upon sofa of other families.
Once in a while, the voce up front would say into the speakers "I need one member of the Brixton family" or some such.

As my father wished to rest in the aftermath of incision, my wife and I took my father's wife out to get dinner. We set out to the Terrace on the Green, which had been my favorite restaurant during my law school days. It had changed location, and I began down Rodney Parham Road. I drove for a long while in the wrong direction, before reversing course and going the right direction. Just when I despaired of finding it, the restaurant appeared.

It was in a three story financial services building, with no exterior signage. When we went into the building, one of the janitorial staff
had to show us the door unobrtusively hidden at one end of hte building. The restaurant was one of those known so well to the locals that people seek it out.

The new quarters were very intimate, with perhaps a dozen or fourteen tables. We were waited upon by Jessie, a friendly and unassuming brunette woman with fashion-model looks who explained she was an ex-Marine who had served in Iraq and on the east and west coast.

The menu was slightly expanded, but much as it had been 23 years ago. My father's wife and I had the grilled salmon special, while my wife had the Citon chicken, a fresh-tasting chicken in an orange marinade that was worth writing home about. It's true that when I was 23, I'd have had the special gyros plate, which that restaurant can manage to make such that it tastes like cuisine rather than fast food. I was happy to have my fish last night, along with the pita bread that is the substitute for dinner rolls at that restaurant.

We went back to visit my father, and to await my sister, who had nobly agreed to stay in the hospital room with my father last night so that my father's wife could get a good night's sleep. I read my science fiction novel (it turns out that humanity survivied the Inhibitors, "the wolves"), and listened to songs on shuffle on my mp3 player.

Little Rock this visit was very cold and very rainy. This morning, we awoke to weather forecasts that hinted of an afternoon "mix".
We went to see my father, who was doing very well on his first day of recovery, and then went and caught an early plane home.

We found that Dallas, too, was facing inclement weather--35 degrees and under a wind advisory. I went into the backyard and shot pictures of the flowers, because it seemed to me to be a day to be thankful for bursts of color in what might have been a drab day.