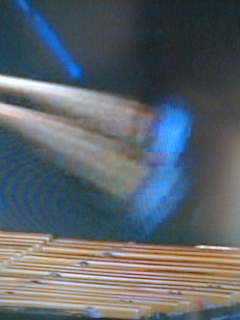 Some months ago, I went to Donors Choose, the non-profit which allows one to fund all or a small portion of the expense of a discrete, well-defined need for a school, and in particular for a school whose student population may face more challenges than other schools.

I believe that school inequality is a huge problem in our country today, and that one source of this problem is that kids in more affluent districts get a lot more resources devoted to them than kids in poor urban and rural schools.

I remember that when I was a kid, a music teacher came to our classes some years, armed with an autoharp, to teach us songs.
I think that music and art in the schools are not mere inconveniences wihch get in the way of standardized testing preparation, but are themselves forces for good.

I chose to assist with funding a portion of the purchase of an alto xylophone for an elementary school in Houston. Yesterday I got a letter in the mail from Donors Choose. This letter included a nice thank-you note from the teacher, hand-wiritten notes from several students, and pictures of the class playing the instrument. It's a curious little oblong brown box, with the notes, as one would expect, in a neat xylophone-like row.

Young Ashley wrote me that "I had so much fun using it. I could make different sounds with the keys. I could almost make a {w}hole song", while Angel, a musician after my own heart, reports "they are huge and I like their color and they make loud noises to me".

I do not know if any of the students will develop the technique of Gary Burton, whose flying mallets are shown in the picture above taken by flickr.com photographer Sketch-book. But I do know that it's better to live in a world in which we are all enfranchised to create and perform, and not merely reduced to being consumers of corporate entertainment.

In this holiday season, the advertisements blare out that sales are reaching unprecedented low prices, as our collective worry about a a worrisome time creates a buyer's market. People inveigh a lot against commercialism, and perhaps that's a worthy target.

Yet I think that even for those who, as I do, enjoy even this flawed season, this year offers an opportunity for people to invest the 'savings" created by these low prices in one-to-one support of those in need, whether it is the school needs of Donors Choose, the need for microloan capital in the third world assisted by Kiva, or the one-to-one donation program for people who just need a little cash to avert an eviction or buy some modest thing of Modest Needs.

I've lost my trust in a lot of big institutions these days. I trust xylophones, though, and flying mallets.