ballad of a chill foregone 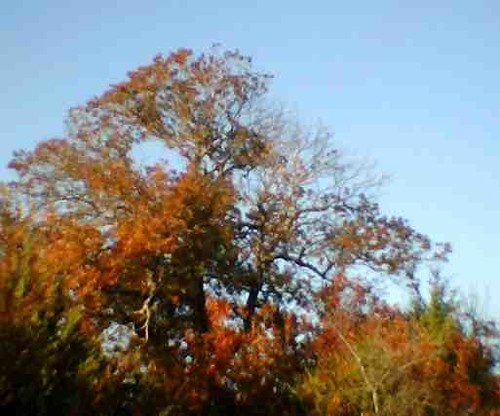 When we awoke, the rain had come. It gave the suburban street on which we live a post-weather sheen. Then the sun came out, in a partly cloudy sky. Then the weather warmed.

Our giant winter storm-on-the-way turned from snow-white danger-tiger to shelter-rescue-adoption-ready-kitten-with-baby-blue-eyes, as I marveled, not for the first time, that I live in north Texas, where we have four seasons during many weeks each December.

I completed my remix "Moodle", a kind of glorified novelty song of triumphant and epic scale, or at least as epic as one can be in 2 minutes and 48 seconds, that my friends at that site, ever too kind to my work, have given favorable ratings.

I attended Weight Watchers this afternoon. I continue to hover four pounds above the goal weight I achieved in the Summer. I love the ebb and flow of Weight Watchers, like a winter storm. Attendance is always low in the interval between Thanksgiving and Christmas.

The first meeting after New Year's, by contrast, resembles at tent revival led by a woman evangelist with the kind of zing possessed by Melissa Scott, the widow of Dr. Gene Scott, who eschews his "play the damn music until they donate" form of fund-raising to instead embark on incomprehensible and yet charming long exegeses of things she believes need exeguessing. She's quite charming, really, which makes you wonder, but then you realize you're not sure just what it is you're wondering. As for me and my family, I will not donate to television evangelists, but instead continue to donate 12 dollars each week to Weight Watchers until I lose 2 pounds and get back to my free lifetime rate.

After Weight Watchers, I drove to Arbor Hills Nature Preserve, and walked past Autumn-colored trees, holly berries, and a group of chickadees who found a warm December day a perfect opportunity to squabble over perch rights on a small tree.

One visitor was flying a beautiful huge kite in the shape of a windsock hoop, which made me look into my trunk to see if I had my customary cheap kite at hand. I certainly did, though I did wonder if I would be looked upon askance because my kite featured the Sesame Street character Elmo. After all, to have a kite based on Grover or Cookie Monster is a kind of red badge of conjunction junction courage, but Elmo is, after all, a character intended for toddlers too young to grasp the subtleties of Big Bird. In the event, the kite went aloft, crashed to earth, and provided great joy without incident.