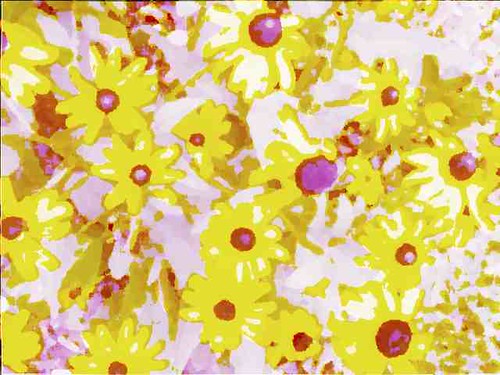 In any stray 24 hours, a lot of things happen in the life of the mind.
Here's a non-net-generated mind map of a few things in my immediate past, present and future mind


I took the headphones off for a moment to rest my head on the floor and close my eyes. A few hours later, I awoke on the carpeted floor of our upstairs room. I went to our bedroom and fell asleep once more. I dreamt of people in situations of conflict doing heroic things with individualized supernatural powers. I awoke early, and read about exhibitions of inexpensive art, artists who make art, and a weblog which contained a review of a Japanese doughnut shop in Shanghai.

I donated ten dollars to Wikipedia's fund raising drive. This drive appealed to me because it allowed the donor to place a pthy comment to go with the donation. My pithy comment was "Wikipedia is my reference guide to the future".

I used wikipedia to look up the term Ubuntu, because someone on Youtube used one of my ccmixter remixes to create a ninety second video about Ubuntu. I visited a folk musician's website who offered a CD on sale for 17 dollars and 95 cents, which seemed to me to be over-priced old technology. I contemplated writing the provider of my on-line legal seminar about how much more I would enjoy mp3s from the site rather than RealPlayer audio, so that I listen to legal seminars in my mp3 player while I hike.

I visited Lisa Debenedictis' web page and placed on it a copy of the exact flickr photo that I took during my hike last Saturday when her song "Spin" came on. I finished up one Scrabble game, started another against the same opponent, and made a new play against another opponent. I realized that rather than being unsound, the queen sacrifice my opponent initiated in a postal chess game was
just adequate to guarantee him a winning edge in our game.

In the science fiction book I am reading, the intrepid crew of people with widely varying agendae approach the mystery planet circling the neutron star which threatens to annihilate them.

Today I go to office depot to get maliing envelopes for the mailing of Utah refrigerator magnets I meant to do in May, but did not do for want of envelopes. Tonight I go hear judges talk about how to practice in their courts, and eat tiny but tasty filet mignon steak in the second floor of a modest country club which overlooks the gently rolling hills of a charming golf course.

I read about a harpsichord recital at someone's house in London. I read in the same weblog about how plumbers are harder to come by in London than in California.
I set a picture of black eyed susans from my backyard in a 5 dollar piece of software called Photo Editor Plus and altered its appearance to a pleasing look, and placed it on flickr.

I ate a bowl of raisin bran, and thought about things.