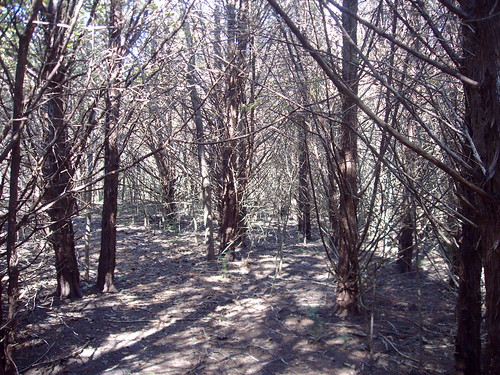 
Yesterday I made my once-monthly visit to Weight Watchers. Since I achieved lifetime status, a simple equation now rules my passions:
Weight = less than or equal to 212, then the session is free. Weight = 212.1 or higher, then the session costs 12 dollars.

Yesterday the chart came in at 213.2, so that I paid $ 12 for 1.2 pounds, or $ 1/tenth of a pound. These things happen, and I am grateful that I can assess each experience for its fragmentary (fractional) value. Life is better when it is endlessly divisible and multiplicable. I will abstain from attending any State Fairs until next week.

I do not believe that I will do the National Novel Writing Month extravaganza this year, although I am sufficiently a creature of hobby whim that I may change my mind. I may instead memorize Scrabble words of two and three letters, and do a letter writing campaign to cope with a project in which odd fellows wish to take the best part of America and bury it under lake water to suit real estate developers.
50,000 words is a powerful tool. At my usual word count, it may be something like 1,000 poems.

This curious loaner car I have has XM radio. Tonight a U2 song from an earlier era was playing. I thought, for some reason, about how those fellows are about my age. I went to see U2 in the 1980s, when they played a huge arena. One of the fellows who went to the show was in his early 30s, and bewailed his fate to be in an auditorium of 14-year-olds with lighters held high. I tend not to worry about age in this direct and palpable way. I find all these age things bemusing.

My favorite eras of U2 are "Boy" and "Unforgettable Fire". I don't mind that U2 became a mega-band. I rarely mind that anyone becomes a mega-band. At the same time, I rather like mini-bands, and people who perform for free for dozens of listeners. I was listening to an artist called Dosem this weekend. Dosem records free music with a melodic techno slant for the Spanish netlabel Antiritmo. I wonder if I am one of tens of listeners, or hundreds, or thousands. The music will sound the same no matter how many listen.

One of my songs, the little Osaka one, popped up on blip.tv as the soundtrack to a picture of a Danish class of students which had been subjected to heavy visual fx. I liked the blur of experimentation.
In writing a "thank you" comment, I pointed out that the percussion I sequenced as a bunch of bolts from a hardware store. I believe in the power of collaborative non-sequitur in the face of cool experimentation.

I will be quite busy this week--and that's probably a good thing. If I dressed for Halloween, I would go as voice crying in the wilderness.
Of all things, I found myself writing 99 theses about a matter at church, and nailing them with a staple to the back of a survey form. To paraphrase Springsteen, it's so hard to be a saint when you'r e just a Universalist out on the street. I had a nice chat with one of the ministers, and felt a bit better about things. Faith, hope, love, inclusiveness--the greatest of these is love, but inclusiveness is a close second. Also, sharing. Sharing counts.