Drinking in the season 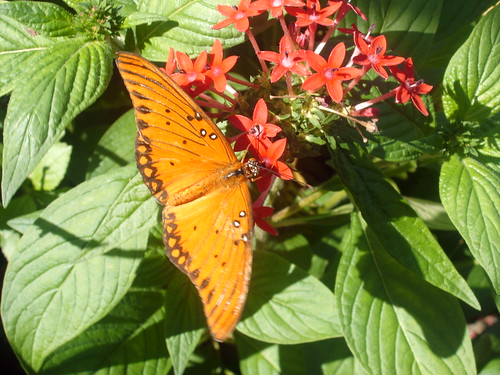 Drinking in the season, originally uploaded by gurdonark.


We had a day full of fun. We arrived at the Texas State Fair in Fair Park in Dallas in the morning time, early enough to see the prize-winning rabbits on display.
I particularly liked the dwarf netherlanders. One of the kind exhibitors let the 7 year old among our guests hold the second place tiny rabbit, which caused much delight.

We toured the ribbon-winning crafts displays, from quilts to dollhouses to bottlecap xmas trees to jar upon jar of pickles and preserves. The candy contest judging was underway, when suspciously thin judges with notepads sampled cosmetically gorgeous little plates of chocolate. No samples were shared with earnest passersby.

We watched a dog show in which dogs dived into water, balanced like acrobats, and made spectacular leaps in order to secure Frisbees. We visited a butterfly house (actually, of course, a tent over a set of bushes) filled with our local native species in profusion, although profuse butterflies were present wherever we saw blooms.

We rode the giant ferris wheel far above reality, to the place in wihch one can tell that the world above the Heavens, in the furthest reaches we call Heaven, looks just like Texas. A woman in the gondola up the way, awe struck by seraphim and the heights of absurdity, did an impromptu decoration of the airways.

A little girl won stuffed animals by the armful. We petted llama and goat alike at a petting zoo. We left when the crowds arrived.

We spent the late afternoon at the natatorium, sliding down the giant slide into the water, and lolling in the odd concrete waterway called the lazy river. Then we all went to a Mexican restaurant which serves Tex/Mex food and kindness.

We had quite a fair day, on a Fair day in which the weather was fairly wonderful. Days like this are all about Texas, and its fair, and teaching, without didacticism, that there is a world different from, but as much fun as, California, if you only know which fair pavilions to attend.