on trolls and festivals 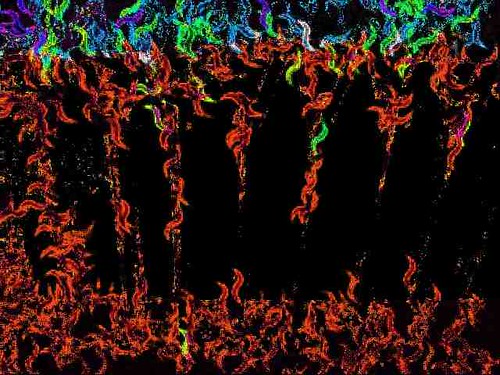 Last year I took a simple youtube video of the Tyler Rose Parade, a festival in an east Texas town which serves as our region's center for commercial flower culture. The video shows scintillating sights such as shriners on miniature motorcycles and marching bands marching. I like the way the little video came out, even if the lens on my video camera appears to me, with hindsight, to have a drop of rain upon it.It's pretty much light cotton candy, as such things tend to be.

This morning I noticed that someone commented to this video, nearly a year after its production. The comment contained a fervent expression that the crowning of the rose queen was institutional racism, and expressed amusement at the supposedly porcine nature of certain of the honorees.

I'm always intrigued by this form of troll-like behavior. Until the internet came along, I had not realized that all the biological drives for things like food, sexual intimacy, a perfect gingerbread man, and non-lumpy oatmeal, were accompanied by the relentless biological imperative to anonymously cry for attention through posting scintillating negative material in hopes of drawing fervent comment.

In an earlier time, I might have worried about the poster, or about the video, or about the question of whether if there is life on Mars, it will all turn out to be six-limbed giant green people who roam the tundra on thoats smiling with glee as they post message board messages about money-making opportunities in the Ivory Coast and postings about Tyler Rose Queens and trans fats. I might reply, or delete, or mark as spam, or ban.

In this subtly more sophisticated era, though, I do any or none of those things, and often I don't worry about it at all. I just let the comment hover, unanswered,and only glancingly thought about, until one day, perhaps, I will put it out if its misery. It's a bit like the denouemont of the novel 1984.

Meanwhile,I rather think I will miss the Rose Festival this weekend, barring a change of plans when our guests come this evening. But Saturday there is still the Texas State Fair.