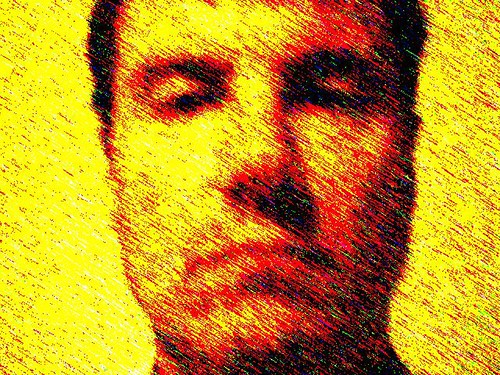 When I was at a meeting Friday, a lawyer loaned me a flash drive that she carried on a string, as if it were a whistle one wore about one's neck. I was able to plug in that flash drive and transfer documents into my laptop. It was like the inner secrets of the techno-angels. I own flash drives, but never really use them that way, even though other folks do all around me. There is so much possibility in a flash drive.

I like my little Mikona digital camera, an eBay purchase. It holds just 25 pictures, and it has no proper video viewscreen for framing shots.
It's also a bit range-sensitive, and light-sensitive, and everything sensitive, so that overall one might conclude it is instead insensitive.
I like that it has an element of chance, because sometimes it will snap pictures into its little flash drive, and sometimes it will fail to do so. I like the idea of random performance. They say that monkeys get awfullly anxious in lab tests when they are not sure which interval holds a shock for them (and, frankly, I wonder who feel a need to randomly shock monkeys). But I like the element of random performance in this camera in a kind of back-handed way. With a Mikona DV-8, one never becomes too attached to one potential picture. Every picture is a lottery. Pick four. Maybe you have a winner.