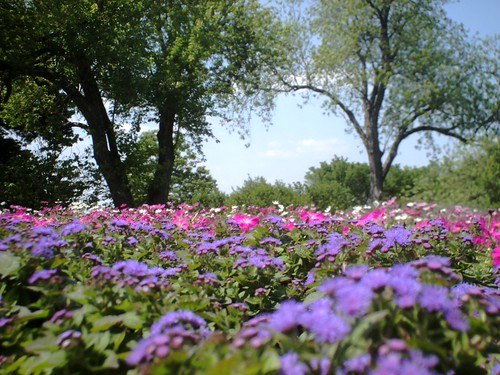 "Dreams get stuck in my eyelashes".....from 'january', by Calendar Girl

I enjoy working when I'm very tired, because I don't have the energy to worry about inessentials. I focus on the things that matter, so long as I can focus on them, and don't obsess about things that do not matter. I think the reason I admire cacti and succulent plants in that they seem to have a built-in biological focus. Self-protection, energy storage, and compact fixity of purpose--they're practical dreamers, whose visions come true.

I visited a painted church once on the big island in Hawaii. The church itself lived up to billing--that is, it was painted--but the "grandstand attraction" was a sidewalk lining of bloomng crown of thorn bushes. Thorns and grace go hand in hand like stigmata.
A tropicana rose bears stems which pierce hand or heart. Those pierce/embrace metaphors transcend the literal and touch something ephemeral within.

A branch with thorns, a steeple, a bloom amid a bramble. Eye contact, a glancing touch, one eye peers through a microscope lens while another eye stares blankly forward. Holding hands, lighting bottle rockets, passing lightning bugs. The physical phenomena are all interesting, but thestories we make from them bemuse and amaze. Story-telling creatures use everything to put together narratives to make sense of it all.

Lately I think about the rain forest. It's part of our common--and accurate--narrative that it's disappearing. Yet in our own country, our vanishing national treasure, the tallgrass prairie, drives inexorably to extinction. We're quick to tell the story about saving the rain forest--and I hope it can be saved. But we're much less quick to tell the story about saving the grand prairie. The prairie has no toucans, for one thing, but only forgotten birds and maginalized mammals. More importantly, the story of saving the prairie would cost people here at home. People in this country could easily afford to save the prairie. Much of it is now less favored farm land, ripe for the long, slow process of re-conversion to prairie. Yet making a change a rich nation could easily make is not an oft-told story. It's easier to talk abuut the far-away rain forest. It's easier to blame third world folks for eliminating their birthright, after we already sold our own. It's better mental cinema.

I had a dream in which I was visiting a museum of documentary film in Los Angeles. They showed an old film in a curious device rather like a large bubble-globe. It turned out this historic documentary, of which I got a fleeting glimpse, had starred my livejournal friend

nacowafer, when she was 12 years old. She became part of the story of my dream, and yet what role did she secretly play? Was she poignant symbol, or narrative foil?

I think that the stories we tell ourselves are part of what makes life so sweet and seemingly enduring. We connect into a cross-generational continuum--a sense of eternal life. We learn about princesses and peas, and candle wax and kings. We don't have to make sense of it all--but we can learn and grow from the narratives, and from the ways we live our own stories.

When it all shakes out, it's not just a dream that pours from us like tears during a tantrum. We each live a story, walking among crowns of thorns, or wading knee deep into bluebonnets. Whether the individual story is about change for the laundromat or kayaking fjords, endless fascination and new lessons await. We tell ourselves an endless narration--and feel a warm glow when our stories to ourselves sometimes ring stunningly true.