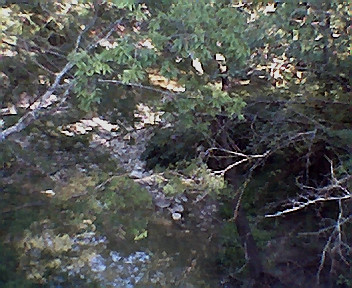 Tonight I drove to Plano to pick up my nephew. On our drive to the Dallas Chess Club, we saw dozens of balloons aloft. The balloons are participating in this week's Plano balloon festival. I like those little panoramas of floating hot-air balloons.

Neither of us had a successful tournament. I went 1 and 1/2 out of four, but was not frustrated or worried. I must play more if I am to play well.

On our midnight drive back home, I learned from my brother that my father's brother Bill passed away today. My brother and I will drive up to Arkansas at dawn tomorrow for the burial. I had not seen my Uncle Bill in a few years, but I thought he was a fine fellow. He had been disabled during military service. My Aunt Lois had been his caretaker, such that we wondered what he would do without her.
She predeceased him by many years, though, and in fact he got right along. I wish my Uncle Bill well in the well of memory to which we all
ascend.