If the story discloses little plot, then one must rely on symbolism and good intentions 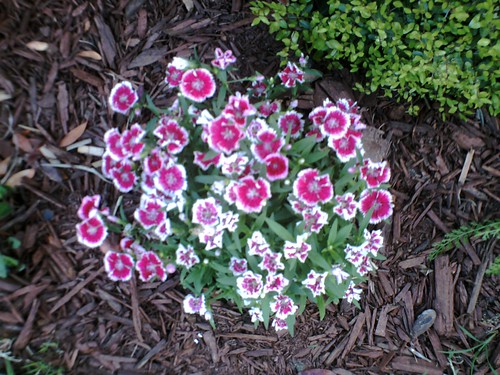 from my back yard, originally uploaded by gurdonark.


This has been rather a good book week for me. Lately, I find that books I buy at the "75% off" remaindered bookstores serve me in similar stead to those I buy at the "new" store. Indeed, I try to buy most books used or remaindered, as I find that I can, when wound up, buy quite a library.

My "lunch time read" lately, i.e., the book I keep in the car and read during lunch hours, has been William Fiennes "Snow Geese". This is one of those Brit-guy-does-something-odd-and-interesting-and-then-writes-about-it non-fiction travel books. This time the "odd and interesting" trek is to follow snow geese from the Texas coast up to
Nunavit in Canada during the migration.

I think that snow geese are downright cool. They look like their names, for one thing. They're elusive and yet can appear in droves.
They land each year at Hagerman Wildlife Refuge fifty miles north of here to rest during migration each Autumn, and the sight of them in droves is amazing. "The Snow Geese" eschews too many over-labored metaphors (other than, perhaps, the riffs on the term "nostalgia"), and tells its story with a spareness I admire.

The other book is notably less spare, and yet quiet enjoyable. It's Eric Brende's "Better Off", about the fellow and his newlywed life who lived without technology. I originally thought this was going to be one of those smug, self-obsessed "I graduated with degree 3 from MIT
and I became pure while being more self-obsessed than your worst dream of a look at me, look at me attention hound" books that come out so very often, but then they moved into an Amish community. I can stand a lot of "what does tihs mean about us?" prose from someone using a manual lawn cutter to neighbor up with Mennonites. It's not "Into a Desert Place", my favorite "weird odyssey" book, but it's just grand.

I played to a draw for Scrabble in a game for what believe to be the first time in my life--302 to 302. There is an episode of the original Twilight Zone series about unlikely coincidences. ( by the way, I am old enough to remember the Twilight Zone in its original series, but not really old enough to have watched then--it was the key after-school rerun during much of my childhood. It is a sublime show, and TV died the day it went off the air). In that episode, someone flips a nickel into a cigar box, and it stands on end. The flipper then can read minds. I feel a Scrabble draw should give me a similar power, like the power to heat consomme' with laser eyes. But it has not manifested yet.

Today I took my low-fat crockpot fudge brownie balls to work. The plate was nearly entirely eaten, and nobody complained of gastro-intestinal illness. I count this as a success.

My week of "with a crockpot one can do ANYTHING continues with Day Two of the Okra and Pink Beans Pork Gumbo. This went over so well on Day One that this morning I just added more pork and a little de-skinned chicken, and made a second day of it. It was scrumptious.

I was just lamenting that I did not make arrangements to stay with my friends Heidi and Ken during my upcoming Los Angeles trip tomorrow when I got a lot of new tasks to accomplish by computer tomorrow night. Thus, it is well and good that I will be in an airport hotel, computer in hand.

I'll ensure I have enough AAA batteries for the mp3 player, so that my trip wil be full of music. Perhaps I'll even get a nice walk in while I am out west, on a pier or a beach.

My wife called to say that she is about to return from her business trip, which makes me happy. It's always good to remember I can live alone, but it's even better not to have to do so.

Perhaps there is still time, though, to record a tea kettle, my main undone thing this week.

Actually, on second thought, I have two much more important things I have not done this week. One is to write to the fellow who seems to want to convince them to put a lake to cover up my family's homeland. This is not a good idea. The other is to watch enough legal education seminars to meet my annual requirement. I will focus on these this weekend.

Tomorrow I drop Bea and Ted off at Pappy's Pet Lodge, head to Fort Worth, and then to Los Angeles. I was not born a ramblin' man, but I become one sometimes.