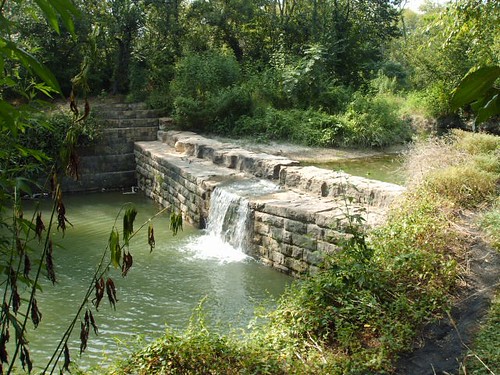 Perhaps it's living in a flood year after a drought year that has me thinking this way, but I long for a more moderate time. I'd like to see a time when the rhetoric is a bit less strident, the measures to which people resort a bit less extreme, and the tolerance which people exhibit for others a bit less absent. In my notion, it would not be inevitable that last year's teen sensation would embarrass herself through extreme maljudgment, and it would equally not be inevitable that this year's TV teen would embarrass herself with salacious pictures on the web. Political advertisements would not equate differing opinions with national betrayal, and ex-wives of political celebrities would always go to their graves without writing "tell all" books. It's not that my world would be free of extreme changes--in my world, Fox News would become a sports channel, and Fred Thompson would win an Oscar for a film about a courageous lawman in the old west. The schools would improve, because teachers were seen as valuable, trainable, and respected professionals. The animal shelters would empty out, as people realize they'd rather spend time with pets than spend all night playing xbox. People would stop bombing people. Dawson's Creek and Everwood would still be showing.