Sunday I took a walk on the Chisholm Trail in Plano, near Big Pond Lake off Rainier. I saw lots of ducks of various species. But my favorite sighting was the Belted Kingfisher. 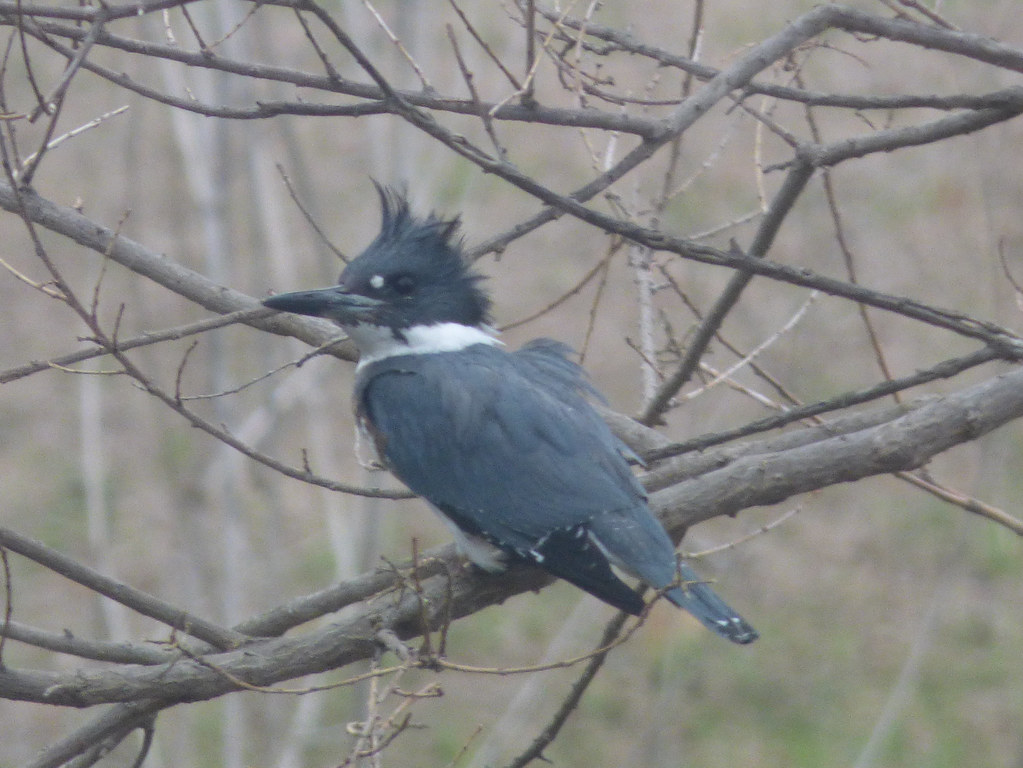 I was down a pound at Weight Watchers, when I had not really planned to lose that pound.
I walked in Hoblitzelle Park before church. At church the sermon was about giving up bigotry (broadly defined)
for Lent.

I ate catfish and green beans with a roll at Chicken Express. in the afternoon, I went to my office. I spent a few hours tidying it up.
I was pleased with the results. It looks a discernible tad bit better.

After the time at my office, I walked in Green Park. Then I got bananas and headed home.

We watched the Oscars, which I was surprised to view all the way through with enjoyment.