Thank you, those who did, for participating in the poll yesterday.
The weather today was warmer but more windy, as expected.

Today is the 11th Beaversary. 11 years ago today we adopted Beatrice from the SPCA of Texas in McKinney. When we adopted her, the vet at SPCA and our vet estimated her age at 6. She came to us knowing the terms "ball" and "fetch", and with a special gift for catching popcorn in mid-air. Today we celebrated her day with a walk in the park, a few special treats, and a lot of praise and petting. 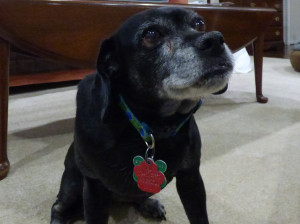 I walked on the Chisholm Trail off Spring Creek first thing in the morning. I was up 2.4 pounds at Weight Watchers. I stopped by Oak Point Park and watched two American Kestrels and a Downy Woodpecker. I attended a sermon on the magi at First United Methodist Church. I went to Bethany Lakes Park, where part of a lake at the park was frozen over. Ring-Billed Gulls stood on the ice.

I walked in Allen Station Park. I saw lots of American Goldfinches and some House Finches, some Eastern Bluebirds, an Eastern Phoebe, a White-Throated Sparrow and several Northern Mockingbirds. 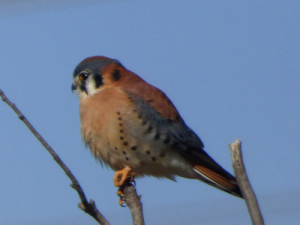 I worked a bit on a document that I barely understood when I first read it. I reorganized it a bit and understood it a bit more.
Collapse