The morning weather turned up very pleasant as promised. After eating a bowl of Corn Pops, I listened to some netlabel music. My wife headed off for brunch and a visit to the Meadows Museum with one of her friends.

I took Beatrice for a walk in Glendover Park. She saw her one true friend, a Shih Tzu named Diva. Beatrice helped me remember that there is more to the holiday season than shopping. 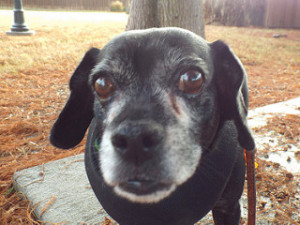 I drove up to nearby Fairview, to the Heard Natural Science Center. I love this wooded preserve with its temporal wetlands. I walked for roughly two hours. Other than a nice conversation with a photographer named Julia who told me about her bird sightings, I spent the time walking and photographing birds and turtles. 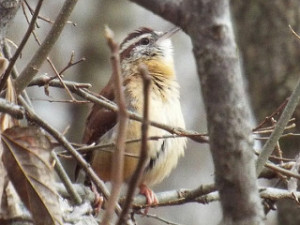 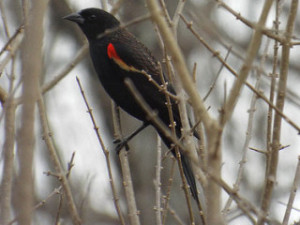 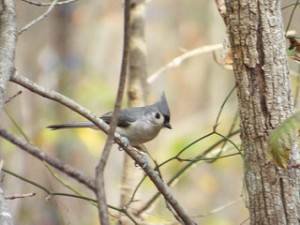 I liked the holiday-themed robot dinosaurs: 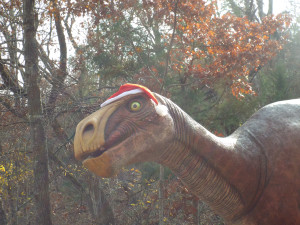 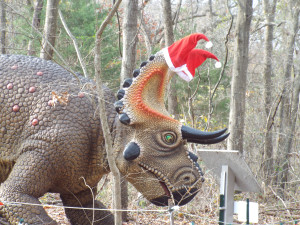 After leaving the Heard, I went to Church's Chicken in McKinney. Then I drove to the downtown McKinney square. The old courthouse there is now a community event center. I paid the 11 dollars to see the 2 o'clock community theater performance of "A Christmas Carol". I thought I was a bit too early, and then I realized that the theater organist would play old-time-cinema versions of the Christmas hymns and popular tunes.

Though Dallas offers elaborate professional annual "Christmas Carol" performances, I prefer this 57-minute adaptation to those two-hour full productions. I enjoyed the show. I am fond of Dickens, of the "carol" and of the idea that people can reform and be better than they were.

My shopping went well. I got a gift for a family member purchased, and completed two large plastic bags for a 6 year old boy and 6 year old girl in Honduras. I did think to myself during one visit to a department store that there is a reason I often shop online, but I did not voice this needless curmudgeonliness.

I got home, after a last stop at a Walgreens for band-aids and shaving cream. Then my wife and I went out in the below-freezing weather to head to Silver Thai restaurant. I had a tofu monsoon roll and spicy bahmee soup with chicken.

After dinner, we decorated our tree. It looks grand. The fraser fir lives up to its billing as an easy tree for ornaments.


We watched an episode of "Ashes to Ashes". My wife went to sleep. Now I am watching "White Christmas".
Collapse