I hit the road at 6:40 a.m. to Austin. The traffic proved heavy at first, as I rolled down to Dallas. Eventually, I got to the more open central Texas freeway with a high speed limit. I did not have to stop for breakfast, as I had already eaten Cheerios and skim milk.
I made it to Austin at my usual okay but not fast rate, as the trip took 4 hours and 20 minutes. I went first to a public library called the Old Quarry library, which was rather less quarry-like than its name. I was surprised by how busy this small library was, but I was pleased that I could find a carrel to work from. I returned some mail and prepared for my afternoon meeting.

I ate lunch at Subway, with my traditional turkey on wheat, no cheese, with baked chips. Then I drove to the place where my meeting was to be held. I had a little time to spare. So I drove to a place where  boats could be launched from the Colorado River. Though the walking space was small, I was able to watch butterflies, House Finches and House Sparrows. My meeting took most of my afternoon. I began the drive home. I took a detour to the town of Moody. I wanted to go to Mother Neff State Park. Isabella Neff donated this land in 1921. I had never been there. I like this type of park because it is not flashy or
built around basss fishing, but just a simple stretch of central Texas terrain. I only saw 8 species of birds in an hour, but had a good time in a park I had pretty much to myself. 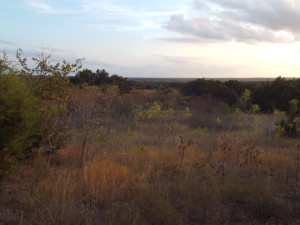 I liked in particular the mated pair of American Kestrels who cruised the skies. They seemed exuberant and filled with joy.

Moody is a tiny Texas town. It is the only place where I have seen numerous political signs supporting the Trump/Pence electoral ticket. This reminded me of a spot I heard on National Public Radio this morning. The radio story featured interviews with citizens of a pro-Trump working class neighborhood in Ohio and a pro-Brexit area in the old, historical tourist area of Margate. The interviewees all discussed the feeling of being neglected by politicians. I do not agree with their views, but I am intrigued that my own town has almost no political signs, while this small Texas town is awash in signs. I hope that Secretary Clinton wins.

I stopped on the way home at a combination Taco Bell and Long John Silver's for a blended meal of three soft chicken tacos and three fried shrimp. I got home at about 9:30 p.m. I have a busy day tomorrow, and a busy day on Friday.

I am ready for the clocks to fall back this weekend.
Collapse