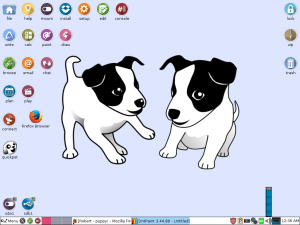 I arrived home in the early evening Friday from Pittsburgh, after getting an early flight home when my business meeting ended early. I was a bit disappointed to not get any time to walk in a park or look up folks I know or some such in Pittsburgh, but the schedule worked out that way.

This morning before the heat came up, Beatrice and I took an early morning walk. I liked the Blue Jay who posed for pictures. Then I went to Towne Lake Park and walked there. I had lunch at a Chinese buffet. Now that I count my portions assiduously, buffet restaurants pose little increased risk of poor food choices.

Recently, I realized that I had the 2005-era Dell Inspiron laptop I used a decade ago. I found it in working order, using Windows XP. In 2005, I stopped using it because the operating system got a bit wonky. Nowadays, I'd know enough to simply re-install, but, in that earlier time I was a bit less comfortable with installations. Instead of doing an install, then I bought my Acer Timeline. For some reason, I never sold or gave away this one. I decided to get it ready for sale.

First, I moved all its files off to a USB thumb drive, as there was some music and some pictures I wanted to keep. Then I tried to install Watt O/S, a Lubuntu derivative, as its new operating system. That operating system advised me that I would need to download drivers for the wi-fi. Porteus, too, another lightweight distro, did not recognize the wi-fi. I had a similar result with MX-13. But good old Puppy Linux Tahr 6.0 had the wi-fi drivers out of the box. Puppy Tahr editions can use software from the Ubuntu repository, but run them on Puppy's very lightweight desktop environment.

I had the install about done by 5 p.m., when I erred. I got too cute trying to clean up my Firefox icons (I had installed Firefox because the Pale Moon browser out of the box, a Firefox fork, proved a bit annoying). I accidentally trashed my firefox icon without trashing the browser.

I had problems on re-install, due to the way I had partitioned the hard drive. My wife came home at 6:30 p.m. from a day out with a friend. She found me a bit frustrated by my effort to snatch defeat from the jaws of victory. We dined together at Market Street. Then I solved my problem by using a Lubuntu live installation to re-format the hard drive again. I then re-installed Puppy, configured Firefox, added a couple of games to test the package manager, and got it all in good shape, hours later than 5 p.m.. I learned a lot about Puppy Linux, an idiosyncratic but useful light distribution for older systems. I also learned a little about patience, and perhaps a tad about Blue Jays. So it was a good day.

We got up at 8 a.m. to give Beatrice a walk. She exchanged a kind word with two neighborhood dogs. I made it to my Weight Watchers meeting at 9:30. I gained a little but held onto most of my vacation weight loss. I listed my old laptop on eBay It is priced low so we shall see if it sells. I went to church at First UMC where I attended the alternate Way service. I liked the sermon and the liberal use of old Cokesbury Hymnal hymns. I went to Golden Chick for roast chicken. Then I walked in the hot sun at Shawnee Park in Plano. I bought bananas on the way home. Then I fell stone cold asleep for three hours. My wife made bell peppers stuffed with chickpeas and quinoa.
Collapse