I found myself at lunch watching the live play of a chess game in the Womens' World Chess Championship. The Swedish Grandmaster Pia Cramling played the Russian Grandmaster Valentina Gunina. Pia Cramling is four years younger than I am. Gunina is a bit under half her age.

Chess grandmasters usually use a bit of edge after 40. There are exceptions--the dynamic player and former Soviet dissident Viktor Korchnoi, who won the Swiss championship at age 79, comes to mind. Pia Cramling is still going strong in her 50s. She was playing in Round 3 ("The Sweet Sixteen") of the tournament, in a two game match against Gunina.

I had seen the replay of the first game between the two grandmasters. In fact I woke up early this morning and replayed the moves on my phone. I wanted to watch the replay, as that is better than reading clickbait junk articles on my phone when I awake too early. In Game 1, Gunina played a Slav Defense and fell well behind early in. Cramling's refutation of her play was direct and energetic, really fun and instructive to watch.

I watched today's game's Game 2 livecast as I sat in my car. This time Gunina had the white pieces. The game developed into a queen and rook and pawn endgame. Gunina pressed hard in a nearly equal position, until both players, and especially Cramling, experienced time trouble--the danger that each might have her time expire.

The game reached a critical mass, and it looked as if Cramling had things stabilized.I got in my car to drive to get a sandwich, eager to watch the game as I ate. But whenI parked my car, Gunina had conceded the game was a draw. It was a great game, even if I missed the last few minutes. Next Cramling plays one of the Muyzuck sisters, which should be a good match.

Beatrice got a clean bill of health at the vet, who complimented my wife for our assiduous ear drop administration. My dentist's office called today to offer me an earlier appointment. I am not sure what thing I did to deserve that, but I repent of it heartily. The weather was very warm today. I need to do some paperwork tomorrow. I was pleased to hear on the radio that Lawrence Ferlinghetti is still alive. I thought, somehow, that he had departed. 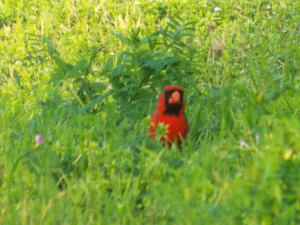 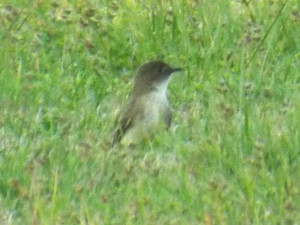 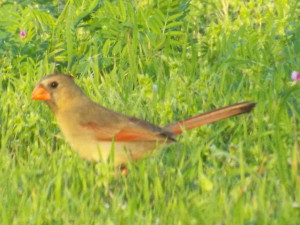