This afternoon my father-in-law and I visited the Pima Air and Space Museum.
We took a walking tour of some planes and a very pleasant hour-long tram tour of 130 planes. The guides were all retired pilots.

I liked the world's smallest biplane, the Bumble Bee. 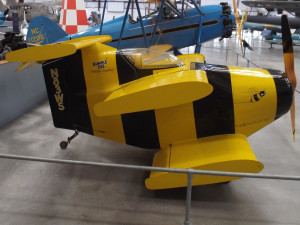 I also liked this cargo plane because it had a story: 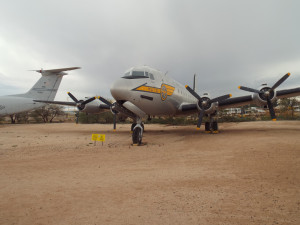 This plane participated in the Berlin Airlift, when supplies were dropped to citizens of West Berlin when the Soviets and East Germans blockaded access to that district.
The guide described how the planes not only dropped supplies but also chocolate
with little toy parachutes, thanks to one enterprising lieutenant. These "chocolate parachutes" from what came to be called "candy bombers" helped keep German kids' spirits up during a difficult time.

The guide explained how he was telling that story recently to an earlier group when two German tourists at the front of the tram explained "we were among those children who found the parachutes. We were those kids".

After the museum, I drove to Brandi Fenton Memorial Park to take a walk along the Rillito River Park walking path.

I took this picture of a White-Crowned Sparrow: 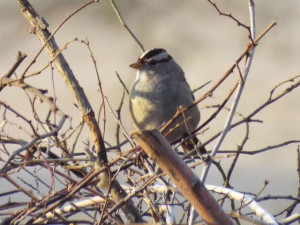 I saw lots of Phainopepla, the red-eyed silky flycatcher: 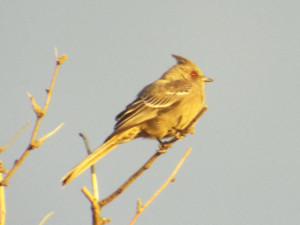 We've had a good time in Tucson. We fly home tomorrow.
Collapse