A burst of blue-sky, breezy, deeply cold weather set in this morning. I found myself installing and playing Extreme Tux Racer, the best-known open source Linux game (indeed, almost a stereotypic joke about Linux gaming). I was pleased that it ran well on my desktop (and, indeed, upon my old laptop). I enjoyed playing the game, though my "gaming" usually runs only to on-line chess and open yahtzee. 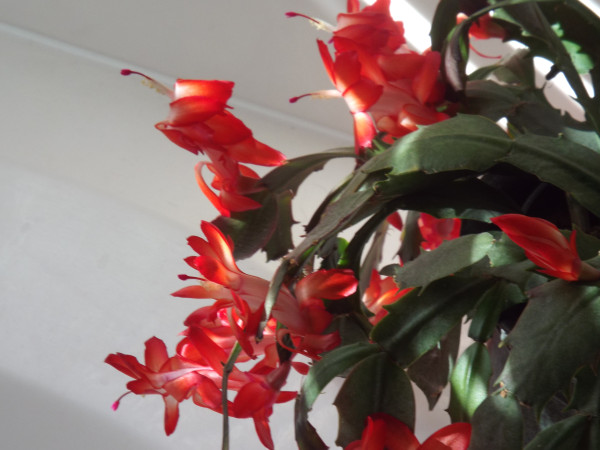 I watched the local team win a football playoff game, though the game was marred by a questionable call in favor of the team I supported. It is funny how an entire game can be "seen" through the spectrum of one disputed call, as the whole notion is a kind of construct--as if the rest of the game were perfectly handled, and only this play deviates from the writing of the Great Recording Angel.

We also watched the Downton Abbey season premiere, which we liked very much. We are watching now a "manners of the time" side film. I am always intrigued by how often the cast members seem to have been cast with accent in mind, a kind of thespian upstairs/downstairs.

Yesterday I sent the new album off to its record label for potential release, and today the label head posted about having received it. Perhaps before the year is very old we'll have a cover chosen and a release date in sight.

I saw a huge pair of red-tailed hawks on a tree on Ridgeview Drive. I also saw recycled Christmas trees on a park parking lot, ready for pick-up.
Collapse