On Christmas Day my wife and I drove to Mignon in Plano for a noon Christmas Dinner. We ate there ten years ago, when we stayed in town because my now-late mother's illness proved too advanced for company, particularly company which, like me, had a cold that Christmas. At that time, Mignon emphasized its French cuisine. Subsequently, Mignon became a bit more continental in its fare. It currently terms itself a "French Steakhouse".

The last time we ate at Mignon, a few years ago, we sat looking outdoors on a warmish day, when a bobcat walked by along a nearby creekway. Yesterday featured no bobcats, but only a warm restaurant (a relief on a windy day). The menu recited three courses.
I had a shrimp cocktail with cherry tomatoes and cucumbers, pan-roasted chicken with fingerling potatoes and corn, and a bread pudding topped with English walnut ice cream. My wife had the petit bibb salad, a fresh fish with chive ravioli, and the bread pudding.

In the afternoon, we drove up to Hagerman National Wildlife Reserve. Christmas at Hagerman means snow geese. Sure enough, as we arrived, we saw eeveral hundred snow and Ross' geese in a neary field. We drove the roads in the reserve, and hiked one of the trails a bit, in hope of seeing the other Winter visitors, the bald eagles. We saw thousands of geese. Many of those geese were getting into migration formation in mid-air, perhaps starting the next leg of their journey south. We saw a Northern Harrier, hovering in a slow flight forward, as harriers are wont to harry, twelve feet or so above the ground, hunting for prey. We saw three American Kestrels, and my wife got a great view of a colorful male on a bare branch, just a few yards away. We saw Northern Shoveler ducks, American Coots, Gadwall ducks, and more Red-Winged Blackbirds than one can shake a stick toward. We saw a wading bird I believe was a Willet, though I suppose it could have been a dowitcher.

We did not see any Bald Eagles, but we still felt well-served by our nature watch.
We drove the hour home, past closed stores and a few holiday lights, amid low traffic.

In the evening we opened presents. Each of us had given the other a modest list, and each of us located and fulfilled the items on our list. My sister and her husband sent down some nice Omaha steak foodstuffs a week or so ago,and my brother and his wife send us each a box of cool gear from their uniform store. We were pleased with all that we saw.

We called my wife's Aunt Beverly during our drive, and called my father's widow, though we could only leave a message. We spoke by phone with our 6-year-old nephew
who told us about a mystical gift called an XBox, but our 8-year-old niece was too full of the joy of living to come to the flat, somewhat joyless telephone.

I fell asleep as Jim Carry's Grinch movie played. We had a merry Christmas.

Our office remained closed today. I started my morning heading to MicroCenter to shop a bit. I got USB drives on sale. I drove through Breckinridge Park and watched birds. 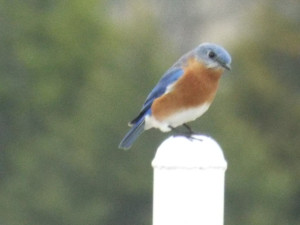 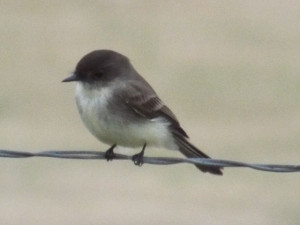 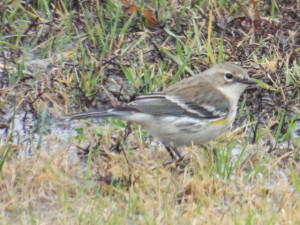 Then I headed into the office. I worked on some work, some family matters and putting a little order into my office. The International House of Pancakes was packed, so I ate lunch at Panda Express. I had not realized before that IHOP is a day-after-Christmas tradition. Then I went back to work. I had a brief appointment at 3 p.m. and then headed home.

My wife's co-worker Kathy and her partner Tanya met us at the Alligator Cafe in the Lake Highlands area of Dallas. We enjoyed a fine dinner and good conversation. Then we drove to the Dallas Arboretum for a night-time display based on the "12 Days of Christmas" song. Each day had its own decorated enclosed pavilion. Here is a picture of one such pavilion, represented by a fraction of the milking population. This was all very charming,and a good way to take an evening walk.The caroling quartet were also lovely. I made a resolution to return to the garden again in the daytime, as I have been too long away.

We stopped by Petco on the way home and bought Bea new dog biscuits and a small stuffed chipmunk toy, both of which were eagerly received.

We drove around our neighborhood for 15 minutes and enjoyed the holiday lights. Our house is sans lights and tree,but features two spirited poinsettias.

I am delighted have a weekend ahead after my holiday. My Saturday goal is to make music.
Collapse