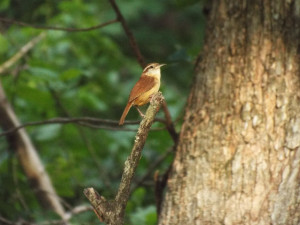 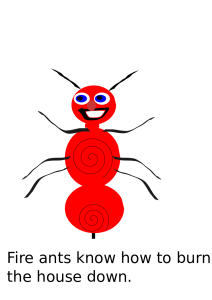 My young friend, who now lives in upstate New York, called me early this morning. He explained to me that he finished re-installing linux onto the eBay laptop I got him on January 14, 2013. He had accidentally crashed his operating system by cutting off the system in the middle of an upgrade. I sent him some disks and a USB with some lightweight linux distributions to install. He called first to leave me a message that he needed advice. Before I even picked up that message, he called to say that he had successfully installed Puppy Linux on his system. Puppy is a good choice, because it runs like lightning on older gear. We'll see how long he runs that, and how long before he samples another distro. I really enjoyed hearing how he had succeeded. He has learned a lot running linux.

I made some progress on work matters today, and some progress on a family matter today. I liked getting a decent picture of a Carolina wren. Tomorrow I must call the shop to make sure my vehicle hail-check-out is still on track for Saturday. I am also slowly plotting travel plans for the future.
Collapse