The subscription music service I use, MOG, got bought some time ago by Beats Music. Now the press projects that Apple agreed to buy Beats. I use a subscription music service to keep from building up a huge CD collection. I like getting music that way. I hope to decide soon whether the advantages of Beats Music outweigh my normal disfavor for the Apple way of doing things. Fortunately, with Spotify,Rdio and other choices, easy solutions offer themselves. Right now I use the last.fm music site the most. That site changed its entire delivery system from a streaming library to streaming third party sites nearly seamlessly. I consider that example to show ways for sites to re-make themselves without ruining their allure. I notice that my album-a-month subscription at emusic often goes unused. I plan to cancel it soon.

My favorite music remains netlabel stuff and small-label Bandcamp stuff. But I like to keep other options on tap. I see it less as a set of competing camps and more as different channels to explore. 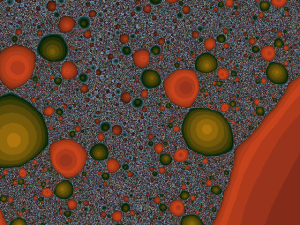 I thought today of a famous sexual harassment case from years ago that was in the legal news. I googled up the appellate decision on the case. A partner in a large law firm engaged in a years-long pattern of misconduct. Management reaction proved inconsistent and ineffectual. Finally, a legal secretary sued. The jury awarded her $ 50,000 in actual damages, a material sum given the nature of the tort, and also the substantial sum of millions in punitive damages. The judge cut back the punitives a bit, and tacked on attorney fees. The appellate court recited the whole sordid story, cut back the attorneys' fees a little, and affirmed. The case reads like absurdist soap opera.

I looked up what became of the attorney. His firm and he severed ties, as one might expect. The state bar website in his state shows he's now in-house at a corporation. The victim who sued had been a preschool teacher after she left the law firm, but I am not sure if she retired on her winnings or continued to work. The law firm still is huge and active today--hopefully a little older and wiser now.

As a lawyer, I've seen all sorts of civil cases from plaintiff side and defendant's side. I find each case is its own thing with its own facts. I do not have a soapbox about these kinds of cases. I've seen good ones and I've seen bad ones. But I wish, in 2014, I had any faith that a ridiculous case like is never going to happen again. But people need to evolve a bit more before that happens.
Collapse