I've had a week with some excitement and some stress. I wish I had some pithy thing to say, like the musings in that old booklet "Jonathan Livingston Seagull". 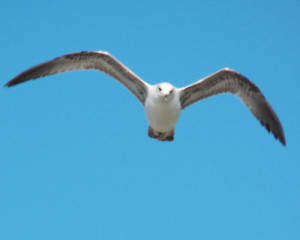 I watched two old public domain movies this week. One was James Cagney fighting corruption from the Department of Weights and Measures in "Great Guy". The other was a radiant Vivian Leigh and a young Rex Harrison in 1937's "Storm in a Teacup". I liked both movies. I watched them on my personal computer. I run a Linux software called Porteus from a USB drive on my windows computer sometimes. It is so lightweight that it boots into RAM and runs as if it were installed "natively" on the hard drive. It's based on a Linux system called Slackware. I still need to learn how to find the best programs (packages) in the package repositories. The program SMPlayer does a good job with music and movies in several formats.

On the drive home tonight, I stopped by Oak Point Park. I watched a field of grass and flowers while western kingbirds and eastern kingbirds flew from tall weed to tall weed,catching insects.

The news is full of tragic things. A woman in Arizona was convicted of murder after her story, much covered by the yellow media, proved non-credible. Three women in Ohio were found in the hands of their captor years after having been kidnapped as teens. The story that touched me,though, was the story of the married disabled couple who are not permitted to stay together in their group home. I realized that any stress or frustrations I have are small indeed.
Collapse