A couple of weeks ago, I was in Los Angeles at the same time as the Electronic Entertainment Exposition, the E3 show. This is a show in which people come to see the newest video console games.

As I sat in the airport ready to depart, I sat near a fellow wearing a long-sleeved hockey jersey. It made him look like a cross between Bobby Orr, Charlie Brown and one of the Monkees. He was on his cell phone speaking with a friend about every game he saw. I liked that every sentence he used began with the sentence "Dude!", because I did not think that anyone spoke that way other than in jest.

I'm reading John Williams' novel "Stoner", which I like very much so far.

I'm frustrated that when I try to make a comment to a livejournal post, the marketing tracking website b.scorecardresearch.com is causing the posted comment to "hang". I had hoped that running my malware program would help, but it is not "malware" I am not clear on its, but it seems like something the weblog service uses to make money.

I had another doctor's visit yesterday. I'm looking forward to doing some traveling this Summer. 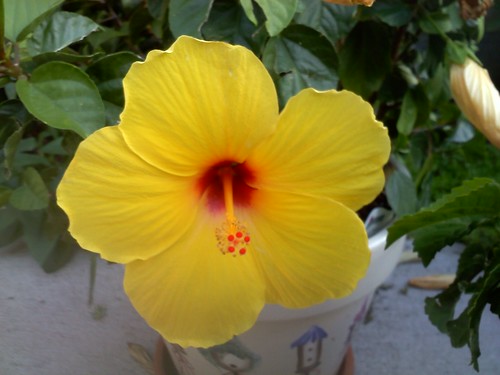 Today I walked Beatrice at 6:45 a.m. My neighborhood is quite active in the early morning. People were walking dogs, jogging, sitting on park benches and generally enjoying the temperate weather. Bea and I saw lots of rabbits (including some litlte bunnies) and mockingbirds. By the pond, we saw a huge great egret ,a small great blue heron and a large group of ducklings.Tonight I gave free legal advice at the Salvation Army. It felt good to help a little. I should help more.