On Tuesday I misplaced my car keys in the morning, but found them in the evening. I also uninstalled games from the e-reader which games I had previously installed but did not find captivating. We dined on flounder and tomatoes. I do not like olives.

Last night the television provided a pleasant treat--a showing of the movie "Trio", which films three Somerset Maugham short stories. One of my favorite Maugham stories, "The Verger", was first up. "The Verger" is in the curious genre of "punchline stories", but it works wonderfully even so.
In the third film, "the Sanitorium", camera's kindness to Jean Simmons was a fun to see. Some people are their own special effect.

I must get a second pair of good headphones, as listening via mobile phone and tablet makes me want to hear things a bit better. I don't want to practice shuttle diplomacy with my Grado headphones between my computer and my other devices.

I wonder how much time in a bottle would cost. 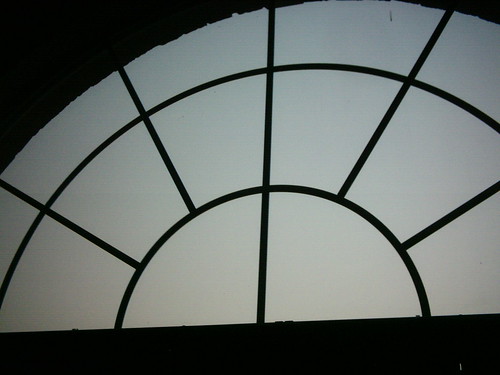 out my window, originally uploaded by gurdonark.

Childhood worked great. One stretched out on the grass, and saw shapes in the clouds.A hovering vulture, miles away, gave rise to endless imaginings. The smell of rain pounding in the distance. A distant nebula in a cheap plastic telescope provided a kind of beacon home. Praying mantis, huge woodpeckers, the best hot dogs ever at the local Little League Park, and every creek an endless nature preserve. Somedays I remember those times--like quiet dusk days, or mackerel sky days, or days when I look out my upstairs window and see a hawk or a biplane off in the distance.