Place to get a free copy of FMSLogo, to create one's own worlds:

1. at church today the minister spoke about standing up for one's principles, using Nelson Mandela as a good example.
2. I noticed that the hymn "A Charge to Keep I Have" ends with a line that if the narrator fails in the charge she or he "shall forever die".
3. my wife and I went to North Haven Gardens in north Dallas. We saw a dark morph female tiger swallowtail butterfly. we bought some plants.
4. I took a walk in Allen Station Park. In addition to chickadees and mockingbirds, I saw a female downy woodpecker, hopping from tree to tree. I got a new Olympus ultra-zoom on sale at Radio Shack. I had fun trying it out.
5. I recorded an a capella track called "freedom to share" and posted it at ccmixter so that others, if they chose, could remix my voice. The reason i did this is because a remix project is underway in light of an ASCAP fund-raising project which seeks to list Creative Commons as a threat to songwriters. My lyric to freedom to share addresses this concern. I don't know if anyone will remix it, as it's not any great shakes as a song, but it was fun to write and sing a somewhat more traditional melody. 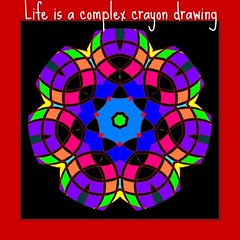