Today the rains fell. The creek near my work swelled. I watched a mallard drake standing on a little concrete islet in the middle of the stream. The radio program "exploring music" played Chopin and explained about its historical setting. I won an eBay auction for a more modern pair of cheap camera/binoculars, and promptly mailed off payment. 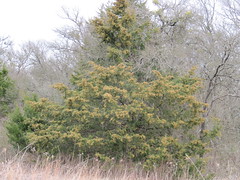 I have been using Bookmooch to send books to new homes. Someone requested a book on 'dough art', acquired with the notion that I might use dough figures to make stop-action animation. I have this idea in mind:

5 minutes = 300 seconds x 30 frames/second = 900 images for a satisfying GIF animation. I like the flickr.com
365 day challenge, in which one posts a photo from each day. I imagine, though, that if one did 10 drawn images each week, then in 18 months one could use the software unfreez to assemble a great GIF animation. There are more complex and better ways to do an animation, but I like the simplicity of a virtual flipbook of 900 GIFs. If I could draw as well as my young niece, it would be easy to do those. Even with my [lack of] skill,perhaps I can muddle through.

I looked at the library websites for the Arkadelphia and Gurdon libraries, the two libraries of my childhood. Each was founded near the turn of the 20th Century by women's clubs, as so many libraries were. Arkadelphia used a fund-raiser featuring Williams Jennings Bryan. I hoped to find the address for the Gurdon "friends of thelibrary" equivalent, but I could not see it on the sites.

I am thinking seriously about adding presonus' digital audio workstation to my tools kit. I always pause, though, to ask--can I get more from the tools I use now?
Collapse