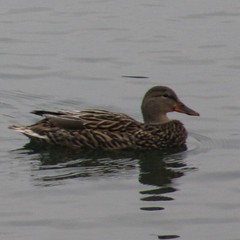 Today we got up early and went to church. The youth musicians at the 8:15 a.m. service featured a quite good lead electric guitarist. We then adjourned to Mimi's Cafe, where I had oatmeal with bananas and a low-fat blueberry muffin. My niece and my wife let me know then that they had decided to set off on a girls-day-out shopping expedition. This seemed to me a win-win situation, as I was feeling a little tired.

I drove home and watched the movie "Primer", a fine 2004 low-budget indie that takes the convention of time-travel and uses it to construct a puzzle-mystery which feels more like a math problem and an optical illusion than a Poirot novel. I was amused to see the film had largely been filmed within ten miles of me, for a budget of about $ 7,000. The forum at the film's website seemed like something out of XKCD, so it amused me to see that that webcomic actually devoted a panel to the movie. I tried to look up more information about the actors and in particular the supporting actors, but found only a bit of information. I like it when people make something on a low budget and make it work.

I drove to Trinity Trail to take a hike. I saw the little olive-green birds I have trouble identifying. I decided yesterday, sitting with a "Birds of Texas" book, that they must be white-eyed vireos. Now I am not certain, as we are a bit north of its apparent winter range and I am not sure about the size of the bird (the ones I see are olive-green, with a white bar on the wing, and very tiny). The walk proved a bit muddy, which did not seem to bother the passing horses along the trail. The weather was overcast in a good February way.

On the drive out, I got a great look at a lovely roadrunner, who was nearby. He walked under a cedar when I rolled down my window to try to take a picture. I stopped by a dollar store and bought a paperback by William Gibson for three dollars. I bought four boxes of breakfast cereal from a Kroger's. Then I drove home and put the harnesses on the dogs. We walked around the pond, where we saw lots of mallard ducks and some park ducks.
After we came home, I watched a mourning dove perched on our fence.

My wife called to say my niece's flight is delayed. I am debating between watching a movie and watching the Olympic closing ceremony. I am usually more about the events and less about ceremony and commentary. We'll see.
Collapse