I just filled out a poll at the local McKinney Performing Arts Center. The center has had trouble generating enough audience for its performances, averaging only 125 or so for a 425 seat hall. It was an interesting exercise to think "what would I like to see in a small hall?". I answered Toumani Diabete, lots of acoustic artists, local speakers about science and nature, solo classical like Nigel North on the lute, silent movies with ambient live background music--and above all, more matinees. What I would not like to see is an earnest but flawed performance of "The Odd Couple" by the local theater group.

I ordered a number of books on the Logo programming language. I use this language for its most basic task, to make string art images. I felt a need to read up a bit on a computer language, so I bought a book on the language Ruby. I found Ruby vocabulary interesting, but I could not (apart from Ruby on Rails) see why to learn the language. I rarely have a need for programs that sort and table things. Then I realized that I knew just why to learn more about Logo. I like the programs I can create with Logo. So I shifted my learning focus. I plan to expand my Logo vocabulary by a few dozen commands, and see what fun things I can do.

The rains begin again. This has been a genuine Winter, in full compliance with the warranty. The term "warranty" reminds me of the travail of Toyota Motor Company, which has had massive problems due to implementation of a recall. I have a half-formed idea about the dangers of complacency inherent in being the number one of anything.

I called Canon and authorized the repair of the LCD screen on my new Christmas 12x zoom camera. I have a way with damaging anything of value. This is why I usually opt for inexpensive software and hardware, and, for tha matter, utilitarian but not expensive almost anything. The Canon folks were very helpful, though the repair, roughly 45 percent of the camera cost, was expensive.

I've been enjoying listening to ambient music at Stillstream. I put it on my media monkey player and then go into the chat room. The folks there are always nice, and not too clubby.

I stopped at lunch yesterday at Springfield Park in Rowlett, just to pause for a moment and read and think.
Dozens of seagulls were in a deep puddle formed by the rains. A great egret hunted in the wet grasses. In a couple of months, I'll see a forest of yellow blooming flowers.

I'm daydreaming of a cheap bicycle and a long, open psrk sidewalk bike path on which to ride. 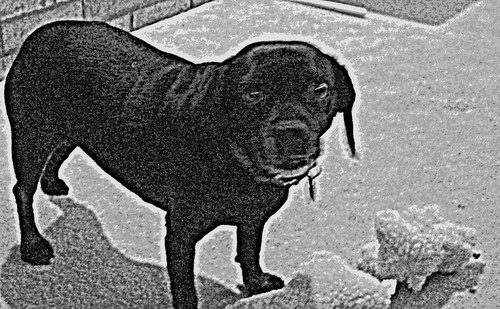 That fellow Conan Doyle spent an awful lot of time studying scarlet. I don't mean literal scarlet, as after all, the colors included a red-headed league, five orange pips and something or other indigo. I cannot help but imagine that the study of onyx and obsidian would have been more satisfying. It's a sad state of affairs indeed when all the dark colors are reserved for moors and crazed killer animals.

I graduated from high school, in 1977, the year some of my livejournal friends were born. I chose as my class ring stone the black onyx, because my birthstone, the peridot, was only available in "manufactured stone" form.
That was the year gold was very expensive, and the ring salesman tried to get us to buy palladium. We felt wise to decline--years later, palladium became extremely valuable. I wear a college ring, festooned with a razorback hog, the mascot of the University of Arkansas. My college ring has a periodot, a lovely August green. I once found a periodot at a diamond mine, but I suspect it was seeded in. My black dog loves a white hippo toy.

My dentist visit went well, except my blood pressure reading came in high. I must schedule an appointment to get that checked out. I'm already absorbing new Logo ideas. I hope to see a break in the clouds and a new day tomorrow.
Collapse