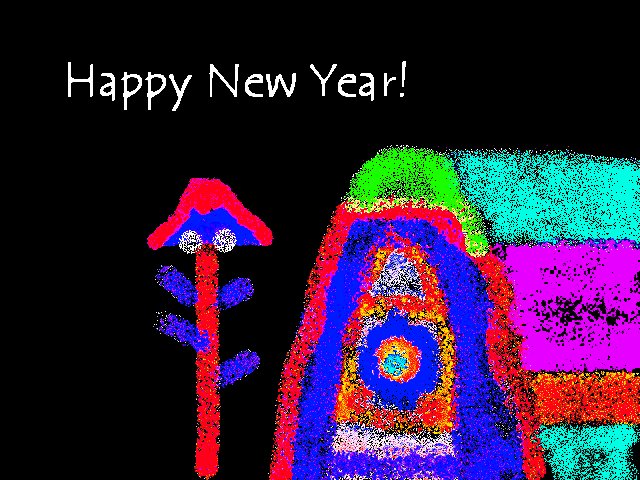 After work on New Year's Eve, we drove to Brooklyn's Pizza, where we ate minestrone and I had pizza by the slice. My wife had met a co-worker for an afternoon work session at a chicken wing emporium, so she limited her intake to the soup.

After dinner, we went into the Kroger grocery store next door. The lines were long, as shoppers completed their New Year's Eve preparations. We stood in line at the automatic check-out machine, until a kind store fellow checked us out at a service counter in light of my wife seeking to purchase but a single packet of chewing gum.

We noticed as we walked to our car that the Learning Express toy store closed its local and its McKinney outlets. I was surprised, as we live in a very child-oriented area. The store in its heyday had been full of brainy parents seeking to buy its 'brainy-toy' wares. In our area, the recession, while palpable, has not been as bad as in other areas of the country. We see it in things like the local French bakery and the local upscale toy emporium closing. I wished I could have visited the going out of business sale for the toy store. Ideally, such a visit would be for my nieces and nephews, but actually, such a visit might have been for things for me.

We drove to the movie theater and got our tickets. Then we stopped in one of those self-serve frozen yogurt mercantiles. I chose eggnog as my primary flavor.

We watched the movie "Up in the Air". We both thoroughly enjoyed the movie, which exceeded my hopeful expectations. I remembered my time as a very frequent flyer. My life was not much like the characters in the film. I do remember how after extended flying the airplane felt as familiar as a kind of high-altitude home.

When we arrived home, the rain and clouds had cleared. We saw the full moon, with a slightly blue-ish cast.
This blue moon apparently showed much more blue in other parts of the country, but it was still good to see that tinge of rare color.

We stayed awake just past midnight. Then we went to sleep.