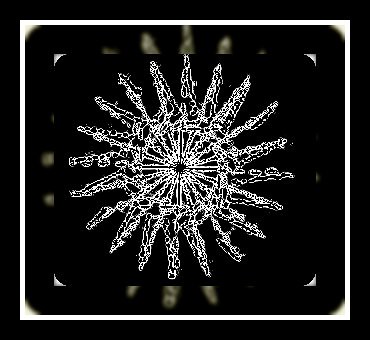 Today I sent to Federal Express to send off an mp3 player to Oslo, Norway for use in the White Cube exhibit at the RAM Galleri. Sixty eight musicians submitted songs using either a spoken word sample by Sackjo22 or an ambient track I created. I spent last night downloading the resulting 550 MB of music, some 96 songs, and then uploading them to a player. This proved time consuming but easy. I had the customary problem of double numbering one thing and omitting another, but I remedied and re-numbered in good order.

Today I filled out the customs forms and shipped the player, which will be displayed and played in the museum--a loop of nearly six hours of music. Sackjo22 and I spoke by telephone today for the first time, despite having collaborated on this and another project or two in the past several months. The project has had interesting and fun logistics. We see a lot of potential in the idea. For now, though, the museum exhibition will begin on the 17th, and last into February. Since I began making Creative Commons music, I have enjoyed a lot of novel and fun experiences, but this one is truly a memorable experience--a call for submissions, a mere 34 days, and a really impressive response. I wish I could get to Oslo for the exhibit, but right now my early 2010 looks very booked with work things. We'll see, though--perhaps a four day weekend can be found and I always have frequent flyer miles.

On an unrelated note, I've been thinking how I could perform my music live someday. Ideas are germinating. I hope they turn into elegant navy beans in a great hambone of delight.

As a listener, I am intrigued that since I signed up for emusic, I always either have more ideas of songs I want than credits, or, as now, more credits than songs I want. Netlabel music is easier, for it lacks such artificial pressures. I always find lots of cool things to listen to in Creative Commons music. I like that netlabel artists are accessible, too, in the largest part.

I want to start a scientist interview podcast. 15 minutes an interview. Lo tech questions of high tech people. I have a name in mind. I even have a volunteer collaborator or 2. I just need to make it happen.

We dined tonight at Ralph and Kacoo's. I love a simple grilled fish and baked potato, dry.

The loveliest gift arrived tonight from Australia. I must get cracking on my own cards and gifts.
Collapse