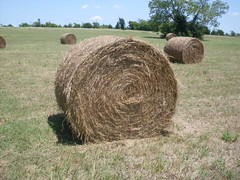 I dropped off the dry-cleaning, and the man who collected it said "it will be ready by five p.m.". I paused to talk on my cell phone at the drive-up donut shop, and the man behind the window already had my cinnamon roll packaged by the time I pulled up to the window. The "on demand" feature of the cable television offered me two episodes of a favorite BBC show. The folks at the submarine sandwich shop fixed my usual, because I order the same sandwich every time. The mail brought a new CD. A chess opponent resigned a postal chess match. A staff member came to say goodbye as she departed to a great new job. I found a great website about microtonal sounds. We had minute steaks to eat. The black-eyed susans bloom still.
Collapse