Today I pulled up to a railroad track at 2500 Centerville Road, in Garland, Texas. I arrived at 12:15 p.m.
The train started and stopped, but did not depart until 12:40 p.m. I thought to myself about the "five minute rule", by which trains should never block a roadway for more than five minutes. Other motorists began putting their cars in reverse, and turning around. I thought about calling the Railroad Commission, which I believe regulates all sorts of things in Texas, but I am not sure that railroads are among the things that the Railroad Commisison regulates. The phone number said it was disconnected. The train pulled away just as I was on hold on the "non-emergency" line of the Garland police. 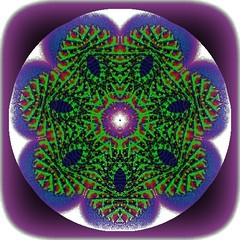 I did a stickfigure animation called "Hope". Hope, it turns out, is a man throwing a ball for a dog. The dog catches the ball in mid-air the first time, but cannot hold on and falls to earth. The second time the dog cannot hold onto the ball. 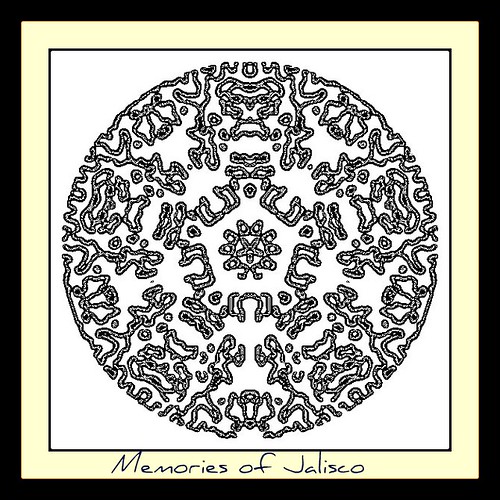 I like that in Guadalajara the deposit on a soft drink bottle costs more than the fluid within the bottle. I enjoy carrying my orange soda in a plastic bag equipped with a straw, even if the bottle is slightly "greener".

In the center of Guadalajara, an old theater exists in which a ballet folklorico performs. As with most live events, a seat in the balcony proves a delightful way to take in the panorama of it all. People feel scornful sometimes about entertainments which appeal to tourists. I find that staged entertainments have their place--and it's fun to see folks dance the clog "dance of the old men" in a tap-tap-tap-abulation.

I could listen for hours to a really good mariachi band, and I could walk from mural to mural to mural to mural. I' d like to spend a Spring afternoon one day riding a bus to the Huichol museum, and learning to see anew in the yarn art those artisans make.

I enjoy the stories people tell us, like our friend from Jalisco who used to describe the thrills and travails of attempting to bring in the best tequila across the border. I like breakfast at a panaderia, using the tongs to put little baked goods on a metal tray to take to check-out.

If I could take three days and leave the workaday behind, and walk the streets of Guadalajara looking for a song, a sight or a soda, then I think I'd find my joy in quart buckets.

Tonight we watched the PBS broadcast of the White House performance by Stevie Wonder and by artists covering Stevie Wonder. We liked the show very well, although some part of me kept expecting them to say "we've had jazz, we've had gospel, we've had crooner, we've had soul, we've had opera--now it's time for RAWK", whereupon one of those non-rockers people call rockers like Jon Bon Jovi would burst onto the stage, and sing "I Just Called To Say I Love You", with a blistering solo by someone like Slash or Yngwie. Later, I listened to Bryan Ferry's cover of "All Along the Watch Tower" and pondered irony. 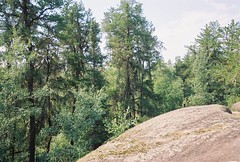 I watched an episode of MI 5 except I think I've seen this epi before and it leaves us on a cliffhanger and I can't remember if we fall off the cliff or if the cliff is really just a segue. We'll see.

For some reason my twitter account is bursting with new followers tonight. A few are understandable, ambient folks who are all connecting up thanks to the Disquiet weblog. A few are religious folks who are perhaps friends of the religious folks I know on twitter. A minority are of the "Who will help me reach 300,000 friends?" variety, who alternate count tweets with "be interpersonal" tweets as they impersonally follow more people. I rarely follow the marketers, though the jargon amuses me. On the other hand, I meet some awfully cool people on twitter, once I realized it's about common interests and using the search functions wisely.
Collapse