Today I did a half-an-hour stint of retail therapy--by serving as the "make sure they pay" counter attendant at a doughnut table. Kids with quarters, eaget to put their seventy five cent fee into the little box, the satisfaction of doing simple multiplication in my head, and even the mild abashment of forgetting and then having to wonder with someone did they actually pay their twenty, or did I give them change first by mistake? The fellow was so nice, calling his spouse by cell phone "honey, did you give me 1 20 today, or 2?". I am in favor of the honor system, when it actually works.

I had a magnificent weight loss at Weight Watchers, after a rather seesaw few weeks. I am at 214 now, whereas three years ago I was at 291. I'd like to be under 200, though my "goal weight" is 210. I look a bit older, when a bit thinner, and I get more easily chilled during the winter when I am less like a sea lion. Otherwise, though, the weight loss has been an unmitigated good thing.

I am beginning to figure out ways that twitter is more fun for me to use. I am still not a believer in that form of weblogging, but it's growing on me a bit. I like that one twitter friend whose music I enjoy promised tonight to send me new tunes.

I worked tonight on two remixes I did for a friend's short festival film, an action parody. One is an eerie techno song, while another is a big-beat-and-jazz-trumpet burlesque. Both are a good bit afield of what I usually do, but the project seems as though it is finalizing satisfactorily. We'll see if I need to do another edit.

I always feel badly for the foolish virgins who have to weep and wail and gnash teeth over a bit of lamp oil unpreparedness.

I spent time reading "Fathers of Classical Music" by Charles Angoff, a simple text from 1946 about the forerunners and originators of the classical phase. I like that all those classical guys had vivid lives, contrary to the stereotype in our time that "real livin'" did not begin until 1965 or so.

I'm also working on learning the Pirc Defense, in chess. I've been playing it for months, but never bothered to learn the actual "right moves" to play against the dreaded Austrian Attack. It's an interesting opening.

The US Open is in Dallas this August, and I am pondering whether to play in that major "flagship" chess tournament. Twelve nights of chess is exciting. Twelve nights of nothing but chess--a bit daunting. Perhaps I will merely play in some side events, and spectate. We shall see.

Today was warm, with an unfulfilled promise of rain--which is as April should be. 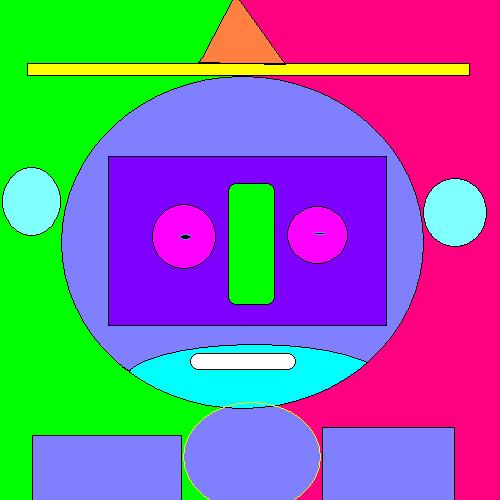 I've always been fond of hats, although I've never been very good at the rules of strict business attire. I do not wear a hat in business, though, as it would seem out of place rather than more appopriate.
A man's hat, at least in good weather, is more of a frivolous accessory than compliance with any dress code.

On Saturday I threw a flying ring with a friend. The flying ring had a head-shaped hole in it by design. On a whim, I popped the ring on, like a hat. I walked in a purple halo.

I do not believe there is anything particularly angelic in a hat, but a hat offers a man a kind of protection from modernity, in the same way that mistaken people believe that aluminum foil foils errant cosmic transmissions from the horseshoe nebulae. I wonder if the term "heart-felt" may refer, obliquely, to the core protection a felt business hat provides the wearer.