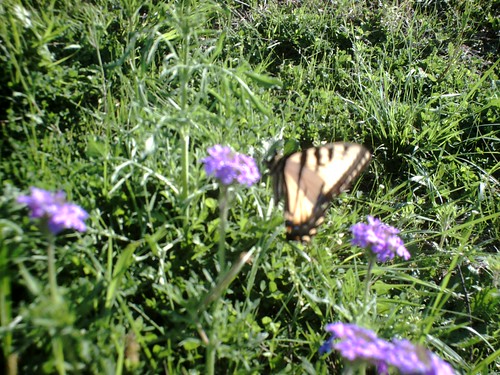 I'm fond of those 1920s and 1930s puzzle mysteries. A detective is called to the scene, and then exhibits varying degrees of urbanity and human fellow-feeling as the facts unfold about him or her. When the story is done, it all adds up to one thing.

I like the way that when one reads a dozen or so in succession, then one begins to mentally collect the clues as one reads. One reaches a point in which the crime is nearly always solved in one's mind well before the mystery is "revealed". I am never sure about this amorphous thing called the "subconscious", but the process of reading a mystery is evidence of its existence in the same way that
the existence of the zebra swallowtail butterfly is a proof of Providence. A doubter may reasonably question the science of it all, but the wings flutter on just beautifully anyway.

I notice that my Scrabble skills slowly begin to improve in much the same way. I am still a far stretch from being good, and yet I'm having a great deal of fun watching my word scores improve with practice.
I still intend to get involved in a Scrabble club and someday before the world ends to play in a Scrabble tournament.

Tonight I play in a chess tournament at the Dallas Chess Club, barring the unforeseen. I like to try to unravel the mysteries of the chess board. I watch with fascination how the progress of games works in my on-line postal chess. At move 10, everytihng looks like smooth sailing. By move 20, I can be irretrievably lost.

There is a chess program called Fritz that one can play in the post-mortem. Fritz helpfully tells one the moves one could have made, if one occupied 30MB in a computer array and had no social life. Yet I rarely "fritz" my games. It's a sad sign of inattentiveness--and a joyous sign of being willing to play the next game without the wisdom of the last game. Of course, that doesn't mean that I win the next game--sometimes the red queen, in effect, says "off with her head!". But it's fun to play