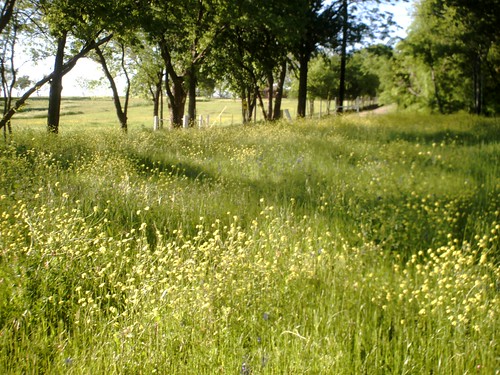 I believe in the power of hope. I'm not so fond of that "rah rah, only think positive thoughts" kind of hope. For me, that's not real. I like instead that real, direct honest hope which recognizes challenges and issues and yet plows on optimistically anyway.

Tonight I met people who exercised the power of hope. They faced dilemmae in their lives, and they treated them as things to be solved, not merely sources of defeat.

A lot of time is spent these days on a kind a preening notion of "self-esteem", and that's not necessarily a bad thing. Yet I'm not much into that "sense of entitlement" way of looking at the world. I believe instead in the hopeful recognition that with patience and hard work, one can achieve something.

I had a fascinating discussion this week about the old nature/nurture issue, as applied to practical exploitation of talent and genius. Part of what makes a "genius" excel, so the notion advanced, is the stamina/gumption/drive to work the program--whether it is practicing the piano, studying the chess endgame or learning what we used to call "the higher math".

Hope and hard work tied together in a marital pact. The talent and the drive to do and be all arise from the same place, which we shorthand so often merely as "genius".

It's hard to use words like "hope" because they're so big and quasi-religious and situational. Yet the gifts of hope, thrift and the ability to do hard work are the three gifts I would give any hypothetical person as the second, third and fourth gifts after the primary gift--to love and be loved.

This week people flooded Jena, Louisiana seeking to protest an apparent unequal working of the local justice system in a racially polarized situation. The facts of the dispute interest me (as does the inability of even the public radio press to tell the key facts with sufficient detail to permit their assessment). But what interests and impresses me more is the sense of hope in the marchers--the belief that if people bond together and work for a result, change can happen.

It's that kind of hope that we need--a rejection of the cynicism and despair, a return to a time when people worked for goals and believed they could achieve them.

If I could invent a special thing, that thing would be bottled as hope.