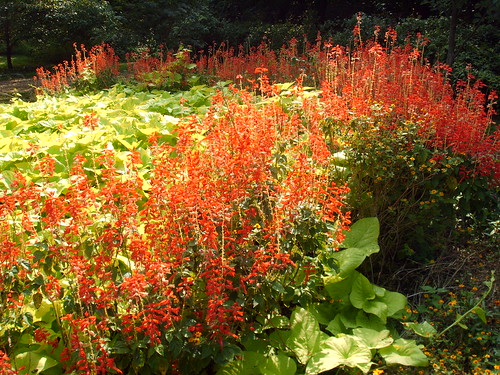 red is the colour of my true flower's bloom, originally uploaded by gurdonark.

I like that when I go to the doughnut shop for a cinnamon roll, the kid with the flame-red and pink layered hair excites neither comment nor stares. I am in favor of a colorful, indvidual world; also, one in which the outre' is not defined by what comes in a bottle or through a bodily function.

Last night I lost internet connection, but I figured out this morning how to restore it using one of those obvious things that the people on the help desk always describe to me in impeccable Sandhurst English. I am pleased that I was able to save the help desk the complications and toll-free minutes.

I still have not made the recording of a tea-pot sounding that I had set myself to do. I plan to remedy that today.

I spent my pre-internet morning looking at various freeware musical gadgets I have downloaded, trying to remember their form and function. It's great fun that so many developers provide so much open source software in this pink and red little world.

I consider it no accident that the "all sports, all the time" radio station
is the one in whch men speak during the commercial breaks in earnest tones about the way the years have given them shortcomings in their intimacies. I suspect, clandestinely, that the shortcomings that they fear are not the shortcomings that actually cause consternation, but I do not claim any expertise at matters of this nature. I suppose that commercials about being a kinder person and a better communicator would be harder to tag-line with a simple referral to a clinic or pharmaceutical.

I like the idea that September is a time between roses. At the garden yesterday, numerous Fall plants were in evidence, but the roses are "breathing" between their July bloom and the upcoming October bloom.

The temperature is pleasant, as in a warm April day, but unlike April, a morning visit to our backyard is no longer a walk into a glorious cacophony of birdsong. I miss the songs, but I am grateful for the song we had. 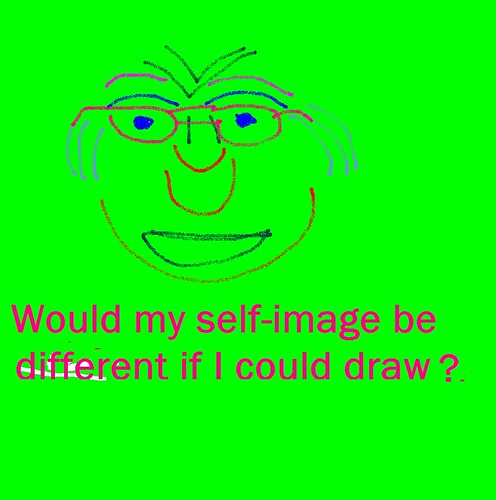 self image, originally uploaded by gurdonark.

Today I spent a relaxing day resting and doing hobby-related things.
I made my now-monthly pilgrimage to Weight Watchers. I was eager to see if my crockpot regime had helped or hurt my weight program,
as each day featured me eating substantial quantities of rather large amounts of food.

I was pleased to find that I had lost weight, from 212 down to just over 207. Perhaps I can make a run at 199, which sounds like a good prime-ish number to reach.

I was pleased to get some extra sleep this afternoon. I walked the dogs tonight after dinner. Two little girls who were about to go home from the swimming pool stopped and lavished attention on the dogs. The dogs responded quite favorably to this development.

I dropped my Los Angeles pictures off for development, but forgot to pick them up. That will give me a nice task to do on the way to work, along with mailing things to IRS and preparing various other deliverables for delivery.